Western Interference in Ukraine's Internal Affairs Reason of the Crisis 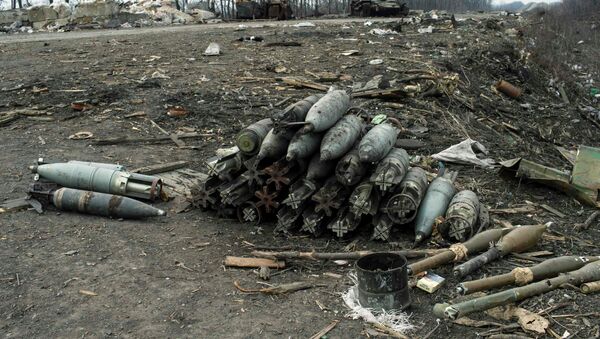 Russia blames US and EU interference in Ukraine for the February 2014 coup there and the bloody conflict in Donbas.

US Spent Time Trying to Reduce Russia’s Influence in Ukraine – Assange
"The policy of unabashed meddling in the domestic affairs of sovereign states was implemented also in Ukraine where direct US and EU support led to the unconstitutional power change of February 2014 which, in turn, ignited a civil war in southeastern Ukraine,” the Russian Foreign Ministry said in a statement released on Tuesday.

"Unfortunately, numerous crimes committed against civilians by the Kiev military, the mass killings and the humanitarian catastrophe in Donetsk and Luhansk regions is something those who once bemoaned the human rights abuses in Kosovo just couldn’t care less about,” the statement said.

The Ministry urged all of Russia’s foreign partners to make the right choice between time-serving political gains and the strategic need for a reliable system of European security, based on the principle of indivisibility, equality and mutual respect.

“The sheer logic of global progress and common threats and challenges urgently begs for collective decisions made within the framework of internationally recognized formats,” the statement concluded.