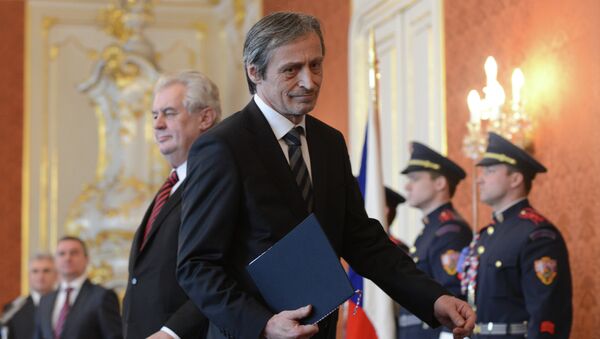 “At the meetings of NATO member-states’ defense ministers the issues related to arms supplies to Ukraine were never seriously considered,” Stropnicky said in an interview with Czech television channel Prima.

Breedlove added that the West should be quick to develop pragmatic approach to settling the Ukrainian crisis because inaction can also be destabilizing.

The European Union is split on whether to supply weapons to Ukraine, German Economic News reported last week. According to the newspaper, there are at least eight EU nations that are strongly opposed to arms supplies to Ukraine. They are Spain, Germany, Greece, Cyprus, Hungary, Italy, France and Slovakia.

Last month, Germany and France ruled out supplying the Ukrainian armed forces with weapons, fearing further escalation of the conflict in eastern Ukraine.