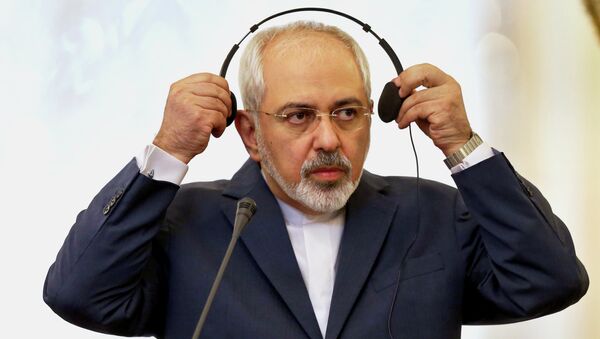 © AP Photo / Ebrahim Noroozi
Subscribe
According to Iran’s Foreign Minister Mohammad Zarif, Tehran and the six international mediators have resolved some of the major issues that have been blocking a deal on the Iranian nuclear program.

Time for Iran, P5+1 to Make Key Decisions on Nuclear Program Deal - Kerry
LAUSANNE (Sputnik) – Tehran and the six international mediators have resolved some of the major issues that have been blocking a deal on the Iranian nuclear program, the Islamic Republic's Foreign Minister Mohammad Zarif said on Saturday.

"Technical and political solutions to the issues that were stumbling blocks have been found," Zarif said in a Facebook post.

He added the talks were attended by experts and representatives from the Iranian Ministry of Foreign Affairs and the International Atomic Energy Agency (IAEA).

According to the top Iranian diplomat, Tehran was ready to continue the talks, which broke off on Friday, but other negotiators requested more time for inner consultations.

He attributed this to differences that stem from "diversity of interests and political affiliations" among P5+1 nations.

This week, Iran and the six major world powers – Britain, France, China, Russia, the United States and Germany – held another round of negotiations on Tehran's controversial nuclear program.

The talks are expected to continue on March 25. Negotiators have until July 2015 to agree on a comprehensive deal on Iranian nuclear program.

The West is seeking to curb the Iranian nuclear research, including uranium enrichment. It accuses Tehran of trying to build nuclear weapons, while the latter claims the program is for purely peaceful purposes.