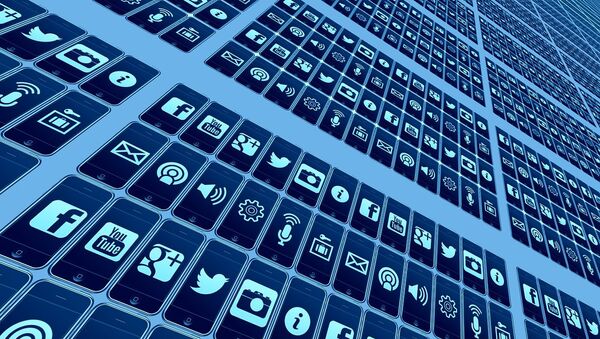 © Photo : Pixabay
Subscribe
Social media is fast becoming the 'platform' of choice for extremist groups to share information online, and the French police are hot on their tail.

According to Britain's Minister for Security and Immigration James Brokenshire, the Counter Terrorism Internet Referral Unit had removed more than 29,000 pieces of illegal terrorist material from the Internet.

"ISIS sees Twitter as a part of their mission and commit to it in a big way." One of the wilder talks @ SXSW is on terrorism & social media

London's Metropolitan Police Service says each week it removes 1,100 web pages that breach the Terrorism Act, with 800 related to Syria and Iraq.

But as governments and firms work to combat online terrorist rhetoric, there is a danger that it pushes people and groups deeper into cyberspace and into the Dark Net. Companies like Google control data — not human behaviour.

Anyone in France looking at websites that the authorities believe to contain terror related content is shown a red hand.

The user is then warned that the site they are trying to access "provokes" and "apologises" for terrorism.

If there is no response, he issues a directive to the Internet service providers saying that they have 24 hours to take "all necessary measures to block the listing of these addresses".

Terrorism sites in #France welcomed with this image from the Interior's office http://t.co/9Em3hRm4bs

The authorising of blocking extremist websites was approved by the French parliament last November and put into effect six weeks after the Charlie Hebdo terror attack in Paris.

Calling For More Cooperation With US Tech Giants

The topic of conversation was how to challenge the threats posed by terrorists operating online. Ministers from all the 28 member states and members of the European Commission attended the meeting with the technology firms in Luxembourg.

"Europe is facing an unprecedented, diverse and serious terrorist threat."

The report suggested "the Commission should deepen the engagement with the internet companies," whilst adding, "We should build on the positive industry response, of which the UK Counter Terrorism Internet Referral Unit is an excellent example".

The report also noted that "since February 2010, social media platforms and other parts of the internet industry have voluntarily removed 72,000 pieces of terrorist content following referrals from CTIRU".

But the move in France to block websites has been criticised by human rights activists. Journalists in France have also published banned sites showing that they are still accessible and some cyber security experts warned the government about the "porosity" of the measure.

Meanwhile the French government continues with its crackdown. According to Telerama magazine, the interior ministry has contacted 50 servers and several hundred websites could be further targeted by a banning order — and given the red hand.

And while the EU looks to Britain's counter terrorism programme Prevent as an example, Baroness Manningham Buller, former head of MI5 recently told Lords that its "clearly not working". The Baroness said the decision of 600 Britons to travel to Syria and Iraq to fight was evidence that the Prevent scheme had failed — a view shared by the Islamic Human Rights Commission in Britain.

"Reports have concluded that the Prevent regime of attempting to stop young Muslims from becoming radicalised is not working and simply alienating Muslims in Britain by serving as a cover for intelligence gathering on the community.

"The programme is widely discredited and seeking to extend it further will likely only be counter-productive. Prevent has not succeeded in staunching terrorism."

Security services in the UK have been criticised after it emerged that one of the three British schoolgirls who travelled to Syria via Turkey had used Twitter to communicate with jihadi bride Aqsa Mahmood.

It's thought as many as 5,000 people from the EU have travelled to Iraq or Syria to fight with Islamic State militants.