Argentinian Plane With 10 People on Board Crashes in Uruguay 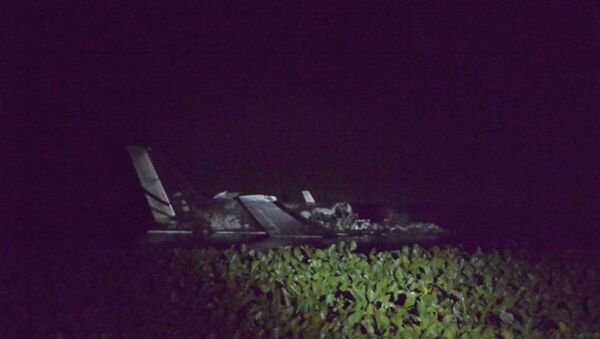 The aircraft is said to have crashed late Thursday shortly after take-off in the Uruguayan resort city of Punta del Este.

According to the preliminary estimates, there were 10 people on board, including eight passengers and two pilots.

El Universal newspaper reported that after crashing the plane caught fire and there was not much hope that anyone on board survived.

Media reports suggest that at least three people have died in the crash, while no survivors have yet been found.