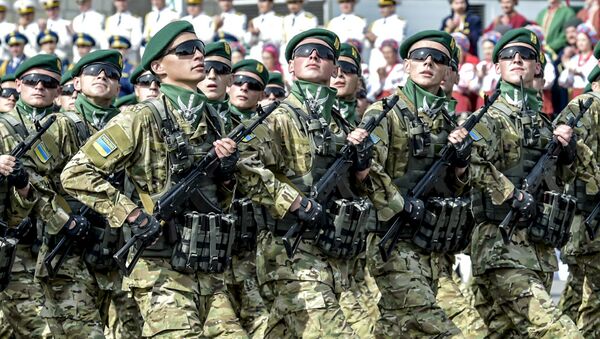 © Sputnik / Nikolay Lazarenko
/
Go to the photo bank
Subscribe
Three former US ambassadors to Ukraine have come up with an op-ed article in the Los Angeles Times suggesting that Kiev, instead of Moscow, should be chosen as the venue for the May 9 Victory Day Parade.

Russia Sends US Invitation to Take Part in WWII Victory Day Parade
The authors took the responsibility of not only advising world leaders to turn down President Putin’s invitation but also advocated moving celebrations commemorating the 70th anniversary of Nazi Germany's defeat in the Second World War to Kiev.

Steven Pifer, John Herbst and William Taylor, all three former US ambassadors to Ukraine, gave their reasons for the suggested move.

“Even though Presidents Clinton and George W. Bush traveled to Moscow in 1995 and 2005 for other V-E [Victory in Europe — Sputnik] Day anniversaries, Moscow in 2015 is hardly the right place for Western leaders to gather now,” they wrote in the article.

“Kiev offers a logical alternative to Moscow for V-E Day. Western diplomats and the Ukrainian government could structure a ceremony without a parade of war materiel (the Ukrainians don't seem to have a penchant for reviewing tanks and rockets).

The former high-ranking politicians however should know the country they once worked in better.

On August 24, 2014 newly elected authorities in Kiev held a military parade on Khreshchatyk, Kiev's main downtown thouroughfare, the first such event since Ukraine’s President Victor Yanukovych had been ousted in February.

The video below shows the exact celebration – the Independence Day of Ukraine.

The parade, which was held by a government which supposedly “don't seem to have a penchant for reviewing tanks and rockets,” reeked of grandiosity and was reminiscent of those in the Soviet era. This seemed ironic because rejection of any continuity with its Soviet past is essential to the present Ukrainian ideology. 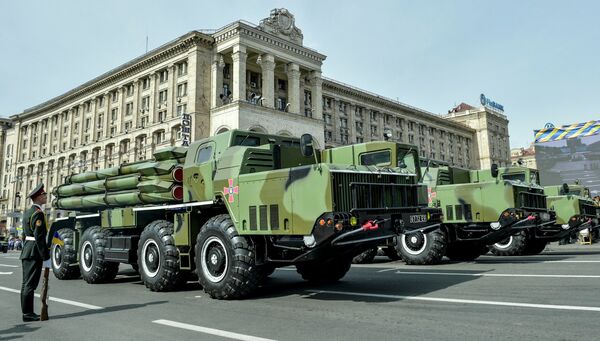 What made the bizarre spectacle even more ironic was the parade, which involved Soviet military hardware and was staged using Soviet aesthetics. 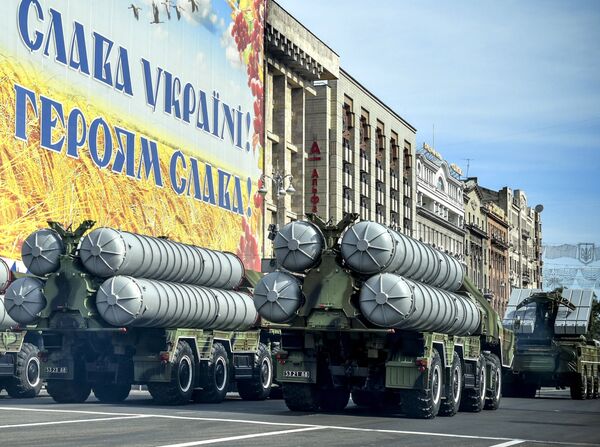 Moreover, the parade took place despite the bloody conflict in the east of the country, which was being waged by the authorities against its own people.

So, despite the fact that “Western leaders could not sit in a reviewing stand on Red Square and watch parading Russian troops,” somehow staging a military parade in a country wracked by massive debt, runaway inflation and civil war seemed more natural to them.

The center of the city has also been used by Ukrainian nationalists as a venue for torch-lit rallies, largely reminiscent of 1933 Nazi Germany, when some 25,000 Nazi troops march through the streets of Berlin to celebrate the appointment of Adolf Hitler as Chancellor of Germany. 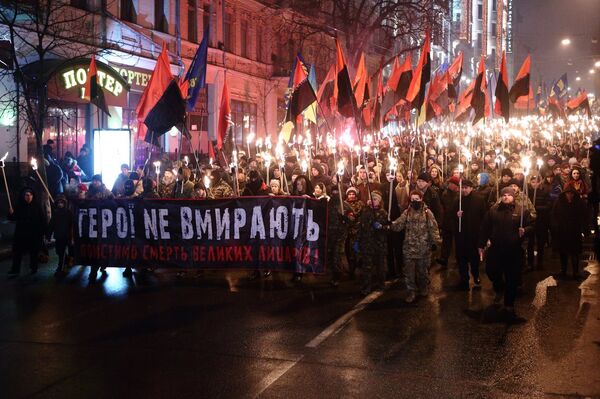 In February this year, several hundred young men staged a torch-lit rally in Kiev in what they claimed was a show of support for the government’s military operation in the country's southeast, which has left thousands killed.

The Idea of Changing Parade Venue Already Denounced by Readers

The idea expressed in the article has already drawn the criticism of the readers.

“This would be a terrible decision by Obama. US relations with Russia are at a historic and dangerous low. Nothing could more antagonize the Russian people, including those who question President Vladimir Putin's policies in Ukraine, than to snub celebrations in Moscow and join them in Kiev,” Larry T. Caldwell, Beaumont, a professor of politics emeritus at Occidental College, wrote in his letter to the editor.