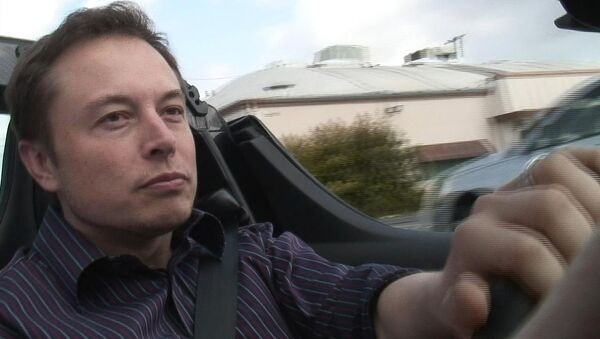 Tesla co-founder and CEO Elon Musk is predicting that with self-driving cars, people won’t be allowed to get behind the wheel in the future.

Musk explained that artificial intelligence-powered autonomous vehicles will surpass humans’ ability to drive safely and avoid accidents, in an interview with car technology company Nvidia, at its GPU Technology Conference in San Jose.

"In the distant future, people may outlaw driven cars because it’s too dangerous," he said. "You can’t have a person driving a two-ton death machine."

Believing those autonomous cars are "almost a solved problem," the Tesla chief compared self-driving cars to elevators, highlighting the human operator factor that raises the chances of an accident, as well as the convenience of getting to where one needs to go with the press of a button.

"The car is just going to be like that. You’ll be able to tell your car, go here, go there and it will just do it."

Musk has warned about humans dealing with artificial intelligence, however, he believes autonomous cars are not something humans should worry about.

The Model S driver later took to Twitter to clarify he’s not advocating to get rid of humans behind the wheel.

Along with being CEO of the electric car maker Tesla, Musk is also the chief of SpaceX, that is sharing a $7 billion NASA contract with Boeing to help send astronauts to the International Space Station (ISS). He has repeatedly talked about going to Mars himself.