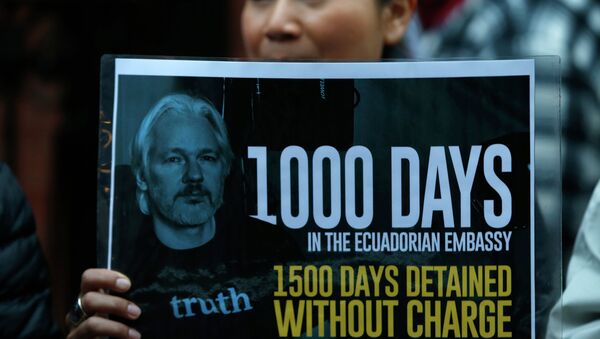 © AP Photo / Alastair Grant
Subscribe
The prosecutor in charge of Julian Assange's case in Sweden has "disgraced the country" and should be replaced, according to another, former, prosecutor who wrote a scathing critique in a major Swedish daily.

Rolf Hillgren, in his op-ed in Svenska Dagbladet, has called for prosecutor Marianne Nye to be replaced, questioning her judicial impartiality and the sudden decision to interrogate Assange in the Ecuadorian embassy in London after years of insisting that any questioning would have to take place in Sweden.

The prosecution says they have changed their strategy since the statute of limitations for the case is approaching later this year, but Hillegren says he finds that rationale "unconvincing."

Hillegran says the prosecution should have carried out questioning much earlier, and accuses Nye of avoiding interrogation because it would have meant an end to the case.

"The most likely scenario is that she then [in 2012] found reason to discontinue the examination on the grounds that crimes can not be substantiated."

Hillegren then goes on to comment on how the prolongation of the proceedings could, in itself, cause a motivation for bias.

"Is it even possible to imagine that she, after completing interviews with Assange in London, concludes that the investigation should be closed down? What criticism would she suffer? And what criticism would be directed against the Prosecution?"

Concluding that the case "already qualifies as legal scandal," Hillegren says Nye has "disgraced the country."

Assange was accused by two Swedish women in 2010 of sexual assault. Later that year, with Assange already out of the country, authorities in Sweden sought his arrest with an international warrant.

Swedish prosecutors maintained that any questioning would have to take place on Swedish soil, a requirement that Assange said he would accept if Swedish authorities could grant him a guarantee that he would not be extradited to the US. There he could face serious charges relating to the publication on Wikileaks' of classified material leaked by Chelsea Manning.

Ecuador offered Assange asylum in their embassy in London and the stalemate has left him inhabiting a tiny apartment, never going out into the street, which is heavily guarded by British police officers.

March 16 marked his 1000th day residing in the embassy. 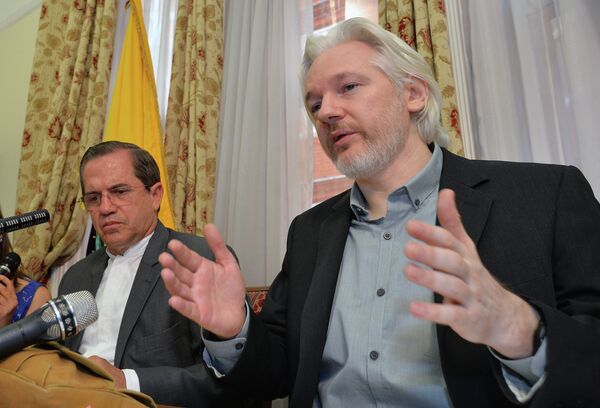 "We are all equal before the law, it is a foundation of our society, of our justice system, and a prerequisite for equal treatment," wrote Massi Fritz, attorney for one of the women accusing Assange of assault according to a report in The Local, an English language Swedish news site. "The only thing that is keeping Assange shut up in that embassy is himself."

But Assange's lawyers have maintained that equality is all their client has ever asked for.

"All Assange asks is that he be treated according to Swedish law," lawyers Thomas Olsson and Per Samuelsson wrote in Svenska Dagbladet in Feb. 2014, asserting that Swedish law allows for proceedings to be "adapted to the situation in which the investigated party finds himself."

"Assuming that the prosecutor does not have a prejudiced opinion regarding the question of guilt, and is prepared to treat the different versions objectively, it is obvious that an interrogation with Julian Assange would benefit everybody, including the injured parties," the two wrote. 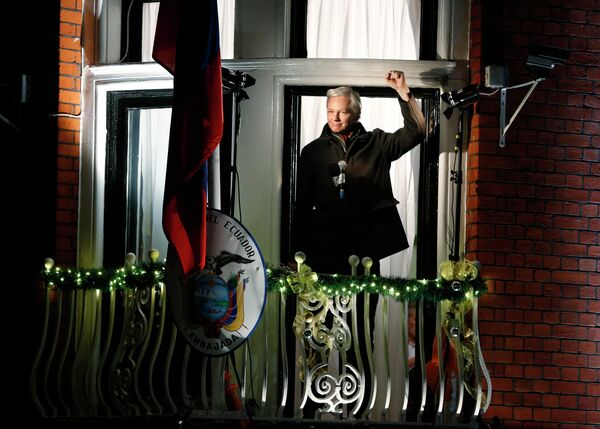 Julian Assange holds a press conference from a balcony at the Ecuadorian embassy in London on Dec. 20 2012 to mark six months since he first took refuge there on June 20 to avoid extradition to Sweden to faces sexual assault charges.
© AP Photo / Lefteris Pitarakis

Hillegren, himself, however is no stranger to controversy, in particular concerning debates over rape and Swedish law, making him an awkward advocate for someone facing sexual assault charges. In 2009, he made comments that drew outrage among the public, comparing some instances of rape to a traffic violation.

"There should be a high demand on evidence in criminal cases, even sex cases," he told Svenska Dagbladet.

"When one says rape one thinks mostly of really nasty rapes. But take a man and a woman who know each other and the woman says she doesn't feel like it today, but the man just goes ahead anyway. Sure, it is not very nice, but maybe not worth two years in prison. It is more like a regulatory offence."

After a media firestorm in response to the comments, Hillegren was removed from working on rape cases during the last year before his retirement.

"I have had an extended discussion with Hillegren and we are in agreement that, over the months remaining before he retires, he will be given specific tasks at the prosecutors office. It means that he will not oversee any sex crime cases," said Per Nichols, the head of the Stockholm City district prosecutor's office, according to The Local.

In a later op-ed in response to critics, Hillegren seemed to dig himself in deeper, claiming consent should not be a legal question, but one of etiquette.

"I share the commonly held view that 'no means no.' I am however also of the opinion that one ought not to legislate on consent, as the issue is already central to all rape cases. To not have sex against someone's will is an excellent rule of social interaction, but it is more applicable to books on etiquette than it is to law books."