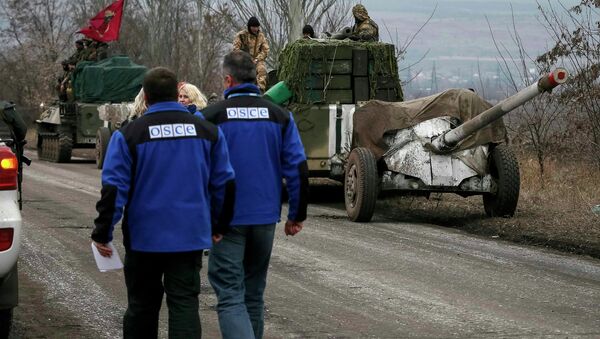 The OSCE Secretary General said a UN peacekeeping operation in Ukraine would hardly be more effective than the current OSCE mission.

"There is no clear answer whether the UN peacekeeping operation will be more successful than this," Zannier said.

Zannier noted that the issue of the UN peacekeeping mission is not a matter for the OSCE.

On Monday, Ukrainian President Petro Poroshenko submitted a project to the country’s Parliament to ask the UN Security Council and the Council of Europe to deploy a peacekeeping mission in Ukraine to maintain peace and security.

In February, Poroshenko announced the idea of deploying UN peacekeepers in Eastern Ukraine. UN Secretary General Ban Ki-moon responded that is up to the UN Security Council to decide whether it will deploy peacekeepers.

Russia has questioned Kiev's willingness to adhere to the Minsk agreements as they do not imply deploying any peacekeeping force in Ukraine.