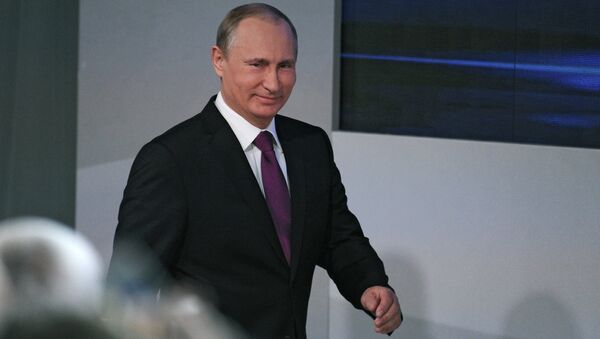 Putin is back. Or was he ever gone? Western media created the gossip about Putin’s absence, fueled it with numerous conspiracy theories, ranging from his poor health, a coup and even alien abduction, all the while the world goes on with ISIL, Ebola, the conflict in Ukraine and other more important issues than the “disappearance” of Putin.

Over the last 11 days Western media excessively focused on “mysterious disappearance” of Vladimir Putin, all the while forgetting about other, more important things happening in the world.

5 Most Ridiculous Theories About the Whereabouts of Vladimir Putin
ISIL keeps destroying ancient monuments and taking hostages, Ebola keeps infecting people in West Africa, Ukrainians keep fighting each other, Nazis are marching in Latvia and world leaders are trying to resolve Iran's nuclear issue. Despite this, during the last 11 days, Western media mostly kept talking about “disappearance” of Vladimir Putin.

Putin’s mystery was on top of everyone’s mind. Western media came up with the most ridiculous theories about the whereabouts of the Russian leader. One theory said he was dead, another suggested that Putin was seriously ill and could no longer appear in public, third said that Putin was overthrown in a secret coup, and others even suggested that aliens abducted him.

After creating the story about Putin’s “disappearance”, the West kept fueling it with bewildering theories throughout days, guessing and second-guessing about his fate. All the while, Putin was simply working in his office. Sorry ladies and gentlemen, nothing exciting: no coup took place, no aliens were seen, and Putin is certainly not terminally ill. He simply chose not to make public appearance.

Made-up stories about Putin’s “disappearance” eventually frightened the West itself. Self-made fear made Western news agencies so alarmed that when Putin had a planned meeting with the president of Kyrgyzstan, Western news agencies started breaking news, screaming about his planned appearance, as if Sasquatch had been seen in Times Square. 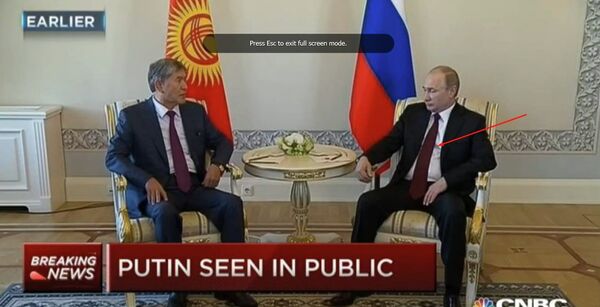 Love him or hate him, but Putin is indisputably one of the most favorite and widely discussed personalities on the Internet. Ironic and sometimes vulgar images of Putin and absurd stories about him in Western media make people excited, make them buy magazines and click on news stories.

Whether Putin “disappeared”, rode a horse, saved tigers or dived into the bottom of the Baikal Lake, stories will make the headlines in most news agencies around the world.