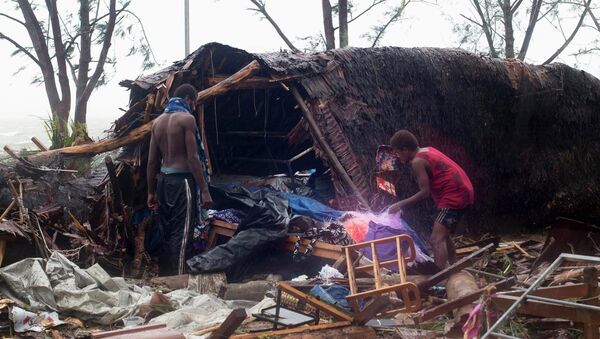 Vanuatu President Appeals for Global Assistance After Deadly Cyclone Pam
"Climate change is contributing to the disaster in Vanuatu," the President said in comments carried on Australian television ahead of his departure from Japan to Sydney.

Aid agencies estimate more than 90 percent of housing has been damaged or destroyed in the capital, which has a population of about 45,000.

About 1,000 people had sought shelter in evacuation centers in Port Vila as the storm passed over, officials said.

Aid agencies worry about the safety of tens of thousands of people living on the southern islands just as the authorities are struggling to reestablish communications with communities there after the storm finally swept out to sea late Saturday.