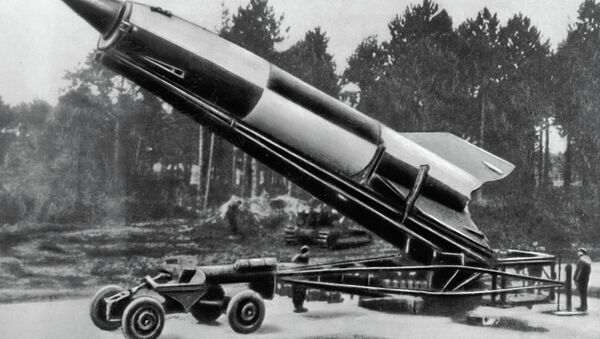 German Nazis fired V2 rockets at their own cities during WWII to test the missile’s homing system, according to document going on sale in London.

The documents’ owner claims they have never been seen before and that they are the first evidence to show that the Nazis killed their own citizens as a means of testing their weaponry, The Local reported.

1.8 Ton World War II Bomb Forces Mass Evacuation in Dortmund, Germany
The documents, up for sale by UK-based Chiswick Auctions, contain final test firing reports for the V2 missiles, describing how they were fired against German population centers during the practice phase, and how SS units then went to assess the damage.

The V2 (Retribution Weapon 2) — was the world's first long range missile and one of the Second World War's most significant technological advancements.

The Germans fired it at Allied targets, including London, from autumn 1944 onwards, killing an estimated 9,000 people.

One of the V2 missile’s main problems was its guidance system. The test reports describe how in initial testing rockets fired westward often landed to the east of the launch site.

Even though the rocket was in operation by September 1944, test firing continued until February 1945.

The SS tried to burn all documents relating to the V2 at the end of the war, so such reports are extremely hard to find.

Over 1,500 scientists involved in the V2 and other projects, such as rocketry pioneer Wernher von Braun, were spared from the war crimes trials and  were subsequently taken to the US where they used their technological know-how to contribute to the NASA projects, ultimately leading to the moon landings.