Does Drinking Water Cause ADHD? New Study Calls Out Fluoride 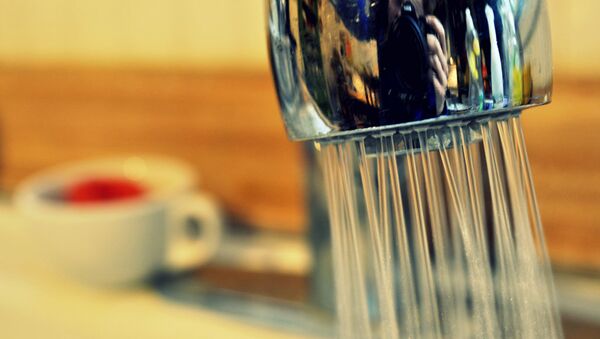 © Flickr / Molly Sabourin
Subscribe
A new study has found a correlation between the use of fluoride in drinking water across the United States and the rise in Attention Deficit and Hyperactivity Disorder (ADHD) diagnoses.

Researchers found that states with more prevalent fluoridation practices also had higher rates of ADHD diagnosis and that that trend held out over a six year period, starting with data from 1992.

The study — the first to examine a link between ADHD and water fluoridation — was published in the journal Environmental Health and conducted by psychiatrists Christine Till and Ashley Malin at York University in Toronto.

Their analysis showed that for every 1% increase in fluoridation prevalence in the US, there were 67,000 more cases of ADHD 11 years down the line. The researchers said they also took wealth differences into account, as poor children are more likely to be diagnosed with ADHD.

Since 1992, the first year of data the study looked at, the rate of fluoridation in the US has risen from 56% to 67%, and ADHD diagnoses have risen from around 7% to 11%, according to current figure from the Centers for Disease Control and Prevention.

ADHD is a childhood behavioral disorder whose symptoms include difficulty paying attention or controlling impulses, disorganization, hyperactivity and forgetfulness.

The study is “an important observation in part because it is a first-of-a-kind. Given the number of children in the US exposed to fluoridation, it is important to follow this up, ” Thomas Zoeller, a scientist at the University of Massachusetts at Amherst told Newsweek about the findings.

A meta-analysis conducted by Harvard in 2012 and which surveyed 27 studies, "found strong indications that fluoride may adversely affect cognitive development in children," and urged more investigation.

As always, it’s important to note that the correlation discovered does not provide a causal link between the fluoride and occurrence of ADHD. There may be significant third factors causing both, or a more complicated relationship between the two phenomena.

There are also other limitations to the methodology of the study. For example, the exposure of individuals was not measured, just rates across statewide populations. Across such large areas there could be other regional factors affecting ADHD rates.

“I think the authors were quite cautious in their interpretation… and [accurate] in their statement of the study’s limitations,” said Dr. Benedetto Vitiello, a researcher at the National Institutes of Health. “So it would be ludicrous to draw a strong conclusion based on this study alone.”

A 2014 study published in the Lancet called for a much more comprehensive review system of many of the chemicals the public is routinely exposed to and which there has been little study of.

Dr Philippe Grandjean, one of the authors of that study, classified fluoride and certain other industrial chemicals like manganese, as "developmental neurotoxicants" and called for the "the urgent formation of a new international clearinghouse" to coordinate research into chemicals that have received little scrutiny for their possible developmental effects over long periods of time in low doses.

Meanwhile, the CDC still calls the fluoridation of water one of the "Ten Great Public Health Achievements" of the 20th century and credits it with a steep reduction in the incidence of cavities. However, tooth decay rates have fallen in some other, non-fluoridating countries, at similar rates during the same period.