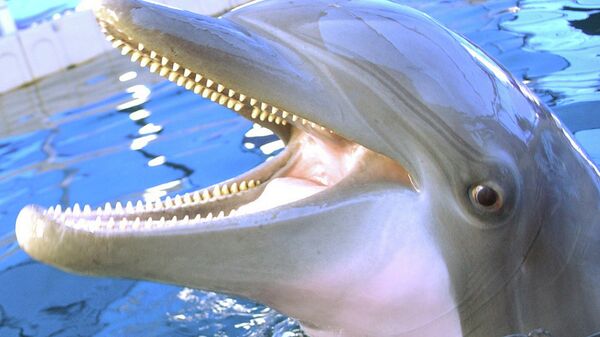 Twenty miles from downtown Seattle, on the northwest coast of the US, the largest stockpile of nuclear weapons is kept at Naval Base Kitsap. And despite the the 13,000 or so military personnel on the base, one of the main safeguards for that stockpile is a fleet of US Navy-trained dolphins.

Military-trained dolphins are nothing new — The Navy's Marine Mammal Program goes back to navy studies of dolphins in the 1960s in order to learn more about hydrodynamics. The US military currently has 85 trained dolphins and 50 trained sea lions in service for anything from guarding harbors to clearing mines to recovering equipment.

The dolphins that guard the large arsenal for the nation's third largest naval base have been patrolling the waters there since 2010, detecting anyone who swims where they're not supposed to, Navy spokesman Chris Haley told Business Insider. Before the dolphin, trained sea lions kept watch.

Dolphins can be trained to do a couple different things in response to the detection of an intruder in their midst. They could return to a trainer to get a transponder to mark the location of the person, or they could could be equipped with a shackling device to attach to the swimmer.

"They just hit the person in the leg and it attaches around their leg and they can't pull it off until it sends a float up," said former Navy dolphin handler Clayton Swansen.

Since the program was only declassified in the 1990's, the secrecy of its origins have often led to urban legends about the types of James-Bond-esque activities the dolphins were trained and used for, such as using them as kamikazes against submarines. The Navy's always maintained that no dolphin has ever been trained to injure humans in any way.

Dolphins were used in both the Vietnam and Persian Gulf wars to keep enemy swimmers from approaching vessels and attaching explosive devices.

The Soviet Union had also developed a military dolphin program, which was transferred to Ukraine upon the dissolution of the USSR. After the crisis in Crimea broke out in 2014, however, the program was transferred back to Russia.