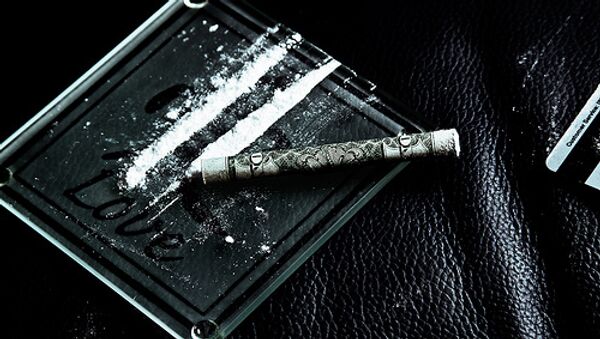 © Flickr / In a N.Y. State Of Mind
Subscribe
British government’s advisory council on the misuse of drugs reported that use of cocaine has spread throughout British society.

MOSCOW (Sputnik) — Use of cocaine has spread throughout British society, with different social classes now getting addicted to the drug, British government’s advisory council on the misuse of drugs said in a report published Thursday.

The report found that almost 10 percent of all British people aged 16-59 have used cocaine in their lifetime.

Ohio Man Arrested After Calling 911 to Report Wife Stole His Cocaine
The report stated also that cheap cocaine and its availability may be among the reasons behind the increased prevalence of cocaine powder.

“It is highly likely that increased availability of lower-quality, cheaper, cocaine powder is both a consequence of and a factor that has driven market expansion,” the report continued.

The council highlighted that even a single episode of intranasal cocaine powder use can lead to life-threatening cardiac effects.

The report recommended police teams work more closely with night-time venues to stop the spread of the dangerous drug.

Cocaine is a drug obtained from the leaves of the coca plant. Cocaine is highly addictive and can cause a sudden cardiac arrest.