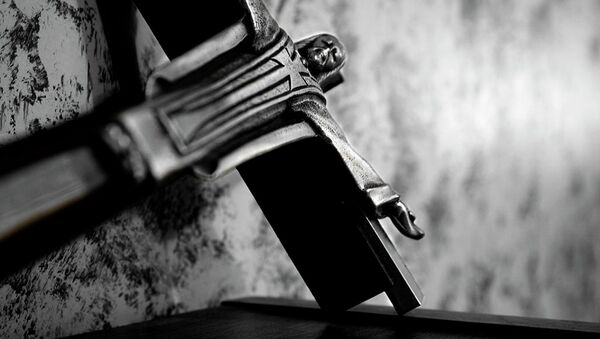 Theresa May met with church leaders from different denominations to ask them to help the British Government take action against the trafficking, enslavement and suffering of men, women and children.

"We've already seen action by churches on this. Working together we can deal with this issue. I think we have a real mission; and that mission is to bring an end to one of the most heinous crimes that we see being committed in our society and release people whose life has been taken away from them by the slave drivers.

"I hope you will be able to join with us in that mission," said Mrs May as was reported on PremierChristianity.com.

The Global Slavery Index estimates that 36 million men, women and children are trapped in some form of modern slavery around the world in a trade worth £95billion a year.

The Modern Slavery Bill in Britain — the first of its kind is — is being debated in the House of Lords. Parliament is expected to pass the bill before the general election in May 2015.

"First, in regards to legislation there needs to be a statutory right to support for victims. This is best achieved by putting the National Referral Mechanism on a statutory basis. Second, is the need to change our whole approach to helping victims and commit to a longer term process of helping people from the point of being discovered as a victim, to support, to becoming resilient individuals not at risk of further exploitation."

Currently, victims of modern slavery only have a short period of 'reflection' during which the authorities make a decision on their victim status. Andrew Wallis says that more victim support would result in more prosecutions.

"Better longer-term victim support will have the by-product of more willingness to engage with law enforcement leading to greater prosecutions", said Wallis.

More than 13000 slaves in UK. Heres how to spot them http://t.co/FnNSqqpWqN #gangs #slavery #uknews pic.twitter.com/UzntTYY2OG

The Modern Slavery Bill has made its way through the Commons and the Lords. Amendments are now being considered. Britain's Home Secretary Theresa May hopes to pass an anti-slavery bill before the general election in May