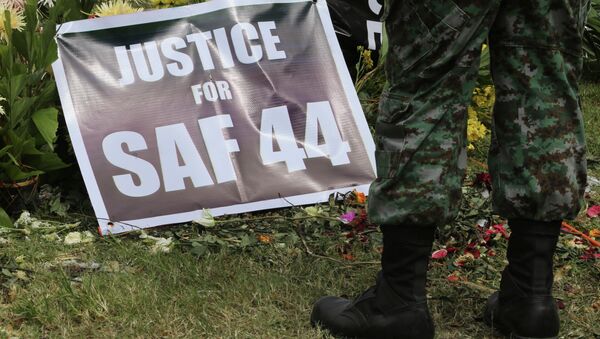 A United States drone was flying overhead as the Philippine military conducted a raid against alleged Islamic militants in an operation that ended with 44 police commandos dead in a field, according to reports.

Now, some Philippine lawmakers are asking if the US military played a leading role in the operation, which took place in January in the country's Muslim-majority south.

Reports suggest the drone in the area was beaming back real-time images to US commanders as the doomed operation unfolded. 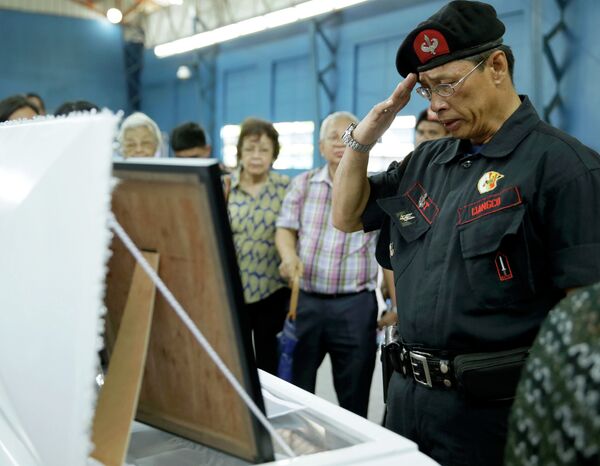 A Philippine National Police officer salutes before the flag-draped coffin of one of the 44 commandos killed in a January clash with Muslim rebels.
© AP Photo / Bullit Marquez

Senate president Franklin Drilon, a powerful member of the ruling Liberal Party, is one of at least five senators to have raised questions about what the US knew.

The US is prohibited from engaging in combat in the Philippines by the terms of an anti-terrorism training deployment. Until last month, the US had a unit of about 500-600 special forces in the southern Philippines that trained local troops to fight Islamic militants, but was not allowed to engage in combat.

A US government official told Agence France-Presse that American troops helped evacuate casualties, but that the operation was "planned and executed by Philippine authorities.”

Police commandos conducted the pre-dawn raid on a secluded farming village controlled by Muslim rebels in the south to capture or kill two men on the US government's global list of "most wanted terrorists.”

The operation was meant to be a surprise attack, but hundreds of rebels quickly outnumbered the police, trapping a large group in a cornfield and killing the 44 commandos during a day-long battle. One of the alleged militants was reported killed.

The severed finger from a corpse believed to be from the killed militant, Malaysian national Zulkifli bin Hir, was given to the FBI.

Both houses of parliament have launched inquiries into the raid, but have been unable to find specifics on US involvement in the operation.

Senator Grace Poe questioned reports that said a drone fed footage back to a Philippine command center, where US authorities helped to direct commandos through the raid.

"I am concerned because actual participation, if any, of US forces in the operation of a purely law enforcement operation, like service of warrants to accused, albeit known terrorists who are themselves wanted criminals in the US, should not be allowed," Poe told AFP.