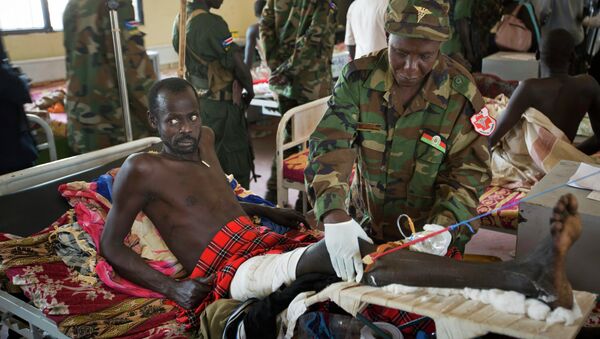 © AP Photo / Ben Curtis, File
Subscribe
By supporting South Sudan’s independence from Sudan, the US, UK and Norway created conditions for the ongoing civil war in the world’s youngest country, allege leaked documents from an inquiry by the African Union.

In 2005, the US, UK and Norway pushed through a peace deal, which legitimized the South Sudanese rebels, and paved the way for the country’s independence in 2011.

According to a draft of the African Union inquiry obtained by Reuters, the actions of the Western powers helped establish “a politically unchallenged armed power in South Sudan” that acted with impunity and legitimized “rule of the gun.”

At least 10,000 people have been killed and another 1.5 million displaced since July 2013 when fighting began between the forces loyal to South Sudanese President Salva Kiir, and the militants led by his sacked deputy Riek Machar.

The findings of the inquiry were to be presented to the African Union's Peace and Security Council in late January, but it was decided the document would be shelved.

According to a Reuters source, it was done due to concerns the publication may disrupt talks aimed at forming a transitional government in South Sudan, which are currently underway between Kiir and Machar.

After negotiations broke down yet again Friday, Ethiopian Prime Minister Hailemariam Desalegn, who is serving as mediator, said both sides were failing in their duty to find peace. 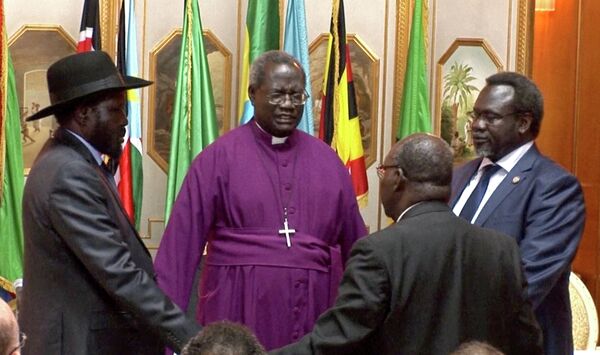 The inquiry suggested that South Sudan's president and his rival should be barred from the transitional government, and the country should effectively be placed under African Union control for a period of five years.

The investigation, led by former Nigerian President Olusegun Obasanjo, said that Kiir and Machar are responsible for the political crisis in December 2013 and “the organized massacres and the large-scale violence that followed.”

Officials from the US, UK and Norway said that they won’t comment on the document, which they haven’t seen.

“I think that the investigation that the African Union has started and the commission’s position, it needs to be made public,” Borge Brende, Norway’s Foreign Minister, told NRK broadcaster.

Washington, London and the UN Security Council all support the call to make the inquiry public, as well.

Until losing confidence in him in late 2013, Washington supported Kiir, hoping he could oversee a stable, oil-producing, majority Christian state allied to the West, as opposed to the neighboring Muslim-led Sudan, which is hostile to Washington.