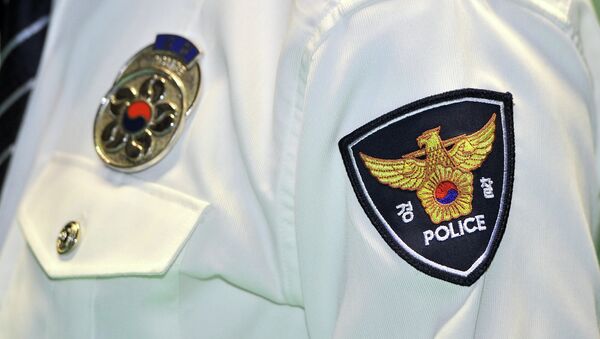 © AFP 2021 / JUNG YEON-JE
Subscribe
US Department of State announced that the Korean National Police Agency has enhanced the security of US Ambassador to South Korea.

WASHINGTON (Sputnik) — The Korean National Police Agency has enhanced the security of US Ambassador to South Korea Mark Lippert by assigning additional officers to guard him after he was attacked on Wednesday, US Department of State deputy spokesperson Marie Harf told journalists.

“They [Korean National Police] have augmented his security with several other officers since this attack,” Harf said on Friday.

Lippert is currently recovering at the Severance hospital in Seoul after undergoing surgery. The ambassador was attacked as he was about to deliver a speech at a Sejong Hall breakfast meeting in Seoul. The attacker slashed the ambassador’s face and left hand. The assailant has been taken into custody and the investigation is underway.

US Ambassador to South Korea to Return to Work 'as Soon as He Can' - Harf
Harf noted that Lippert had one full-time body guard assigned from the Seoul Metropolitan Police Agency.

Harf added that in South Korea only those individuals providing protection to officials at a ministerial level or higher are armed.

Nobody besides Lippert was injured in the Wednesday knife attack. Since the investigation is ongoing, no other details have been announced. The Korean government is leading the investigation and is closely coordinating with the US embassy in Seoul.

Mark Lippert has been US Ambassador to South Korea since October 20, 2014. Prior to assuming the ambassadorship, Lippert served as Chief of Staff to the outgoing US Secretary of Defense, Chuck Hagel.