Threat Within? 40 Americans Return to US From War-Torn Syria - Intel Chief 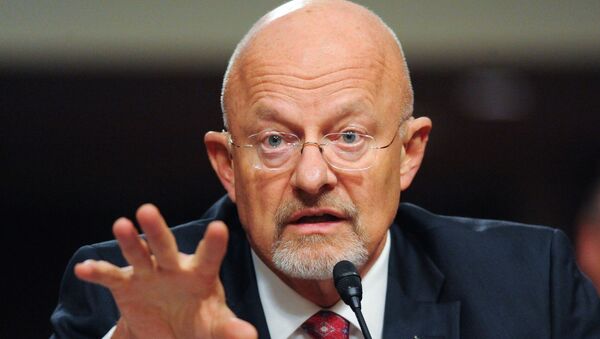 Thousands of people have entered war-torn Syria since the conflict began, 180 of them Americans. 40 of these US citizens have returned home, and despite fears that they could bring radicalization home, the US spy chief insists they pose no immediate threat.

Speaking before the Council on Foreign Relations on Monday, Director of National Intelligence James Clapper said that most of the Americans who have traveled to Syria since the conflict began went for humanitarian purposes. Their return should not cause alarm, he said.

“If they come back, and they are not involved in plotting, or don’t have nefarious purpose, that’s their right and privilege as an American citizen to come back,” Clapper said.

Nearly 20,000 fighters have flocked to Syria from around the world since the civil war began, a conflict which has killed an estimated 200,000 people. 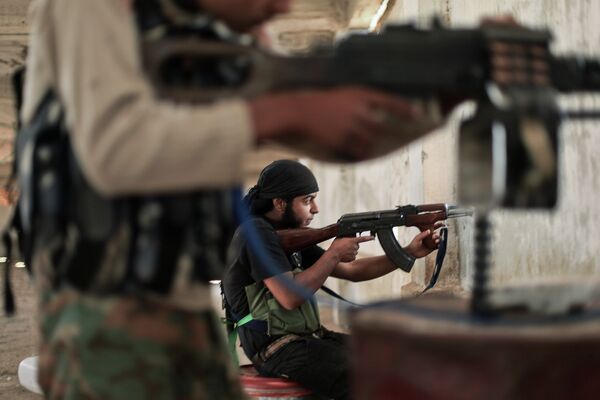 Rebel fighters from the Islamic Front, Syria's largest rebel coalition, hold a position on July 13, 2014 during clashes with militants of the Islamic State (IS), formerly known as the Islamic State in Iraq and the Levant (ISIL)
© AFP 2022 / AHMED DEEB

Clapper also said that global security was at its most precarious point in his 50-year career.

This statement echoes comments Clapper made before the Senate Armed Services Committee last Thursday. According to Time, Clapper told the committee that 2014 was one of the most violent years for terrorism. Worldwide, 13,000 attacks killed 31,000 people. Half of those attacks took place in Iraq, Afghanistan, and Pakistan, and the self-proclaimed Islamic State was responsible for more than any other terrorist group.

US officials have expressed concern that these individuals could have become radicalized during their travels, fighting alongside the Islamic State, and could be planning domestic terror attacks.

“It is not yet a threat to the homeland, but there is a concern that it could metastasize in such a way that it could become a threat,” Bishop said.

Only last week, three men were arrested in Brooklyn who were allegedly planning to join the Islamic State and potentially planning domestic terror attacks.

Case Against Alleged Brooklyn ISIL Supporters to ‘Speak for Itself’ – DoJ

Still, Clapper stressed his belief that the Islamic State is in decline, citing waning donations due to the terrorist group’s widely broadcasted violence.

“I think there is change afoot in the Mideast,” Clapper said, according to the Telegraph. “It’s not going to occur overnight. But I think these brutalities, publicized brutalities by ISIL, beheadings, immolation and the like, have really had a galvanizing effect even in the Mideast.”