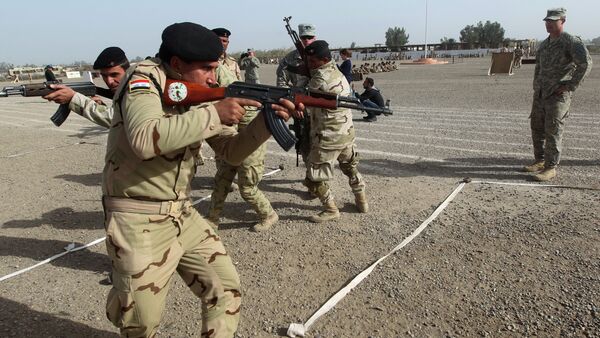 "We haven't taken this decision lightly. We are naturally reluctant as a peace-loving people to reach out to far-away conflicts but as we know, this conflict has been reaching out to us for months now," Abbott said.

He added that the training mission was due to take two years, with a review expected after 12 months.

The latest deployment brings the total number of Australian troops in the region to 900.

Abbott was echoed by Australian Defense Minister Kevin Andrews, who warned against ignoring what he described as the "brutality and depravity" of the Islamic State.

Abbott's announcement came just days after New Zealand's Prime Minister John Key said that his country would send 143 troops to Iraq in a joint operation with Australia. The troops will be based in the rural district of Taji, located northwest of the capital Baghdad.

The goal is to boost Iraqi forces' defense capability to contain the advance of Islamic State militants.

The jihadist group managed to seize large areas in Iraq and Syria after they staged a major offensive in the region in June 2014.

Two month later, Australia raised its terrorism threat level from medium to high, in a bid to prevent possible attacks from dozens of Australian jihadists returning to their country from Syria and Iraq.