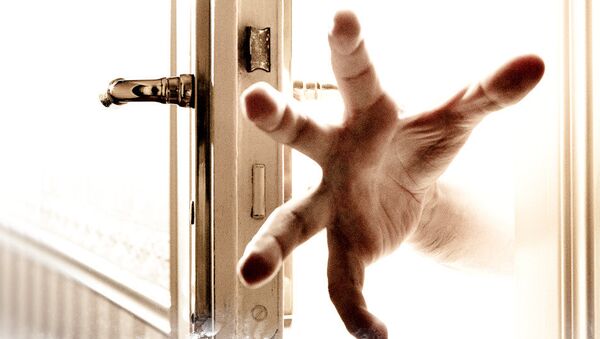 © Flickr / Christophe Verdier
Subscribe
A group of MPs and peers are calling for an “urgent rethink” of Britain’s immigrant detention system.

Gov has ordered investigation into @Channel4News shocking findings at Yarl's Wood. Are you reassured? http://t.co/P7wHP1Oquu #c4news

Channel 4’s investigation exposed the treatment of women at the privately run Yarl’s Wood immigration removal centre, which detains around 400 women. Guards were secretly filmed and caught on camera saying:

"They’re all animals, they’re caged animals. Take a stick in with you and beat them up."

Another officer was heard saying: "They’re all slashing their wrists apparently. Let them slash their wrists".

The film is shocking – but not surprising, given the evidence that a cross-party group of MPs and peers heard.

The group read evidence from charity Medical Justice, which said: "One client who disclosed a history of multiple-perpetrator rape by a violent gang was told her situation did not warrant a Rule 35 report. In the medical notes the doctor concludes: 'rape – private. No Rule 35.' "

Rule 35 of the Detention Centre Rules mandates that detention centre doctors must inform the Home Office of a potential victim of torture for a review to be carried out.

Further evidence from Medical Justice said that a "client who reported being the victim of an 'honour crime' was told to 'go and google torture' – presumably, a reference to the fact that as the ill treatment did not come at the hands of state actors it did not qualify as torture".

The cross-party panel of MPs and peers said they are concerned that people are held in conditions "tantamount to high security prison settings".

Women who have been raped or suffered sexual violence should not be detained – and women who are pregnant should never be detained for immigration purposes, the report said.

The group were "shocked by the personal testimony they heard of people suffering from mental health conditions who were detained for prolonged periods of time".

Save Trafficking and Torture Victims From Detention

The report calls for detention centre staff to be better trained in spotting the signs of victims who had been trafficked to Britain:

"Given the Government’s focus on supporting victims of these crimes, this is especially worrying."

Sarah Teather MP, Chair of the inquiry panel and Lib Dem MP for Brent Central, said: "As a panel, we have concluded that the current system is expensive, ineffective and unjust.

There's a straight line from the mainstreaming of xenophobia in UK politics to systematic inhumanity of Yarl's Wood http://t.co/H0rKc68xs2

"We are calling the next Government to learn from the alternatives to detention that focus on engagement with individuals in their communities, rather than relying on enforcement and deprivation of liberty."

The scandal surrounding one of Britain’s most notorious immigration removal centres will for some, come as no surprise.  In 2014, The Observer disclosed a series of allegations of sexual misconduct, involving male staff and female detainees.

Anti-Immigration Rhetoric May Lead to ‘Bare-Knuckle Fight’ in UK

An internal report also revealed that the outsourcing firm Serco failed to properly investigate sexual assault claims by one of its health workers against a women detained in Yarl’s Wood.

The Home Office has recommended: "Serco and G4S to conduct thorough and immediate investigations into the matters raised in the programme, and we will not hesitate to take whatever action we think appropriate in response".

Recent Home Office figures reveal that 30,000 migrants are detained indefinitely in what’s been described at the 'black hole at the heart of British justice'. Many detainees have never even been convicted of a crime.

The cost of indefinitely detaining migrants in Britain is estimated to be £75million a year.