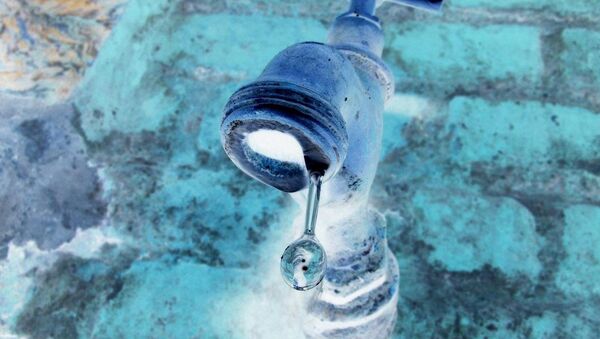 © Flickr / ERIO
Subscribe
EPA Public Information Officer Elias Rodriguez said that the US Environmental Protection Agency (EPA) could use its enforcement authority to issue administrative orders in the case of Northrop Grumman, which allegedly contaminated ground water in the US state of New York.

WASHINGTON (Sputnik) — The US Environmental Protection Agency (EPA) could use its enforcement authority to issue administrative orders in the case of Northrop Grumman, which allegedly contaminated ground water in the US state of New York, EPA Public Information Officer Elias Rodriguez told Sputnik.

“While the discussions continue, it is important to note that EPA reserves the right under Superfund to use its enforcement authority at its discretion including the issuance of administrative orders when deemed appropriate,” Rodriguez said on Monday.

Northrop Grumman allegedly contaminated groundwater in Bethpage, New York, and the state’s Department of Environment Conservation gave the company in November 2014 no more than 90 days to clean it up.

The EPA said it expects Northrop Grumman to work with state and federal governments to quickly reach an agreement that will clean-up the polluted Bethpage site.

Rodriguez emphasized that the EPA takes water contamination very seriously, because water sites are an essential source of supplying drinking water for residents of New York and beyond.

US Senator Charles Schumer brought up the issue to the attention of his New York constituents on Monday, emphasizing the need for the Bethpage contaminated water to be cleaned up.

Northrop Grumman has worked closely with the New York Department of Environmental Conservation to fund more than $100 million in remediation activities in Bethpage, according to Northrop Vice President of Strategic Communications Randy Belote.

“Northup Grumman has been addressing environmental issues in Bethpage for many years, and remains committed to that effort,” Belote told Sputnik Monday. “We continue to work closely and cooperatively with the State.”

The Superfund is the agency’s program intended to clean up the United States’ most uncontrolled hazardous waste sites, according to the EPA.