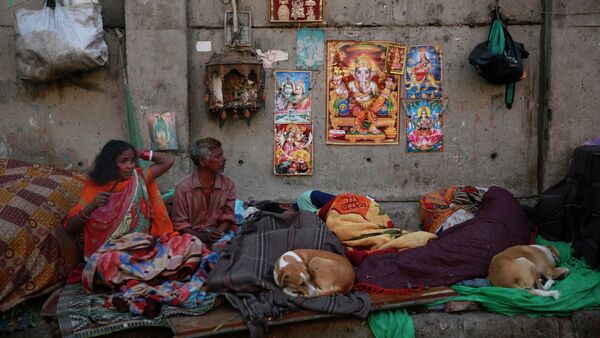 Indian government is trying to bridge the gulf between the poor and the rich, Minister of Communication and Information Technology said.

NEW DELHI (Sputnik) — Several Indian ministers told Sputnik on Saturday that the country's budget for the 2015-2016 period presented on Saturday in the country's parliament would bridge the divide between the poor and the rich.

Modi Calls on US Business Leaders to Invest in India at CEO's Summit
"This budget is pro-poor and through this current budget government is trying to bridge the gulf between the poor and the rich. One of the important objectives of the present budget is to fill the gap between urban and rural," Minister of Communication and Information Technology Ravi Shankar Prasad said.

Transport Minister Nitin Gadkari told Sputnik that the budget would certainly help the poor "to uplift their lives."

However, former Minister of State for External Affairs Shashi Tharoor said that despite government's claims that the budget aimed to help the poor population in India, it was in essence "a corporate budget," while initiatives to help the poor remained solely on paper.

The total expenditure was estimated to be 17 trillion rupees ($288 billion). The fiscal deficit is expected to be 3.9 percent of India's GDP, while the revenue deficit will be 2.8 percent of the GDP.