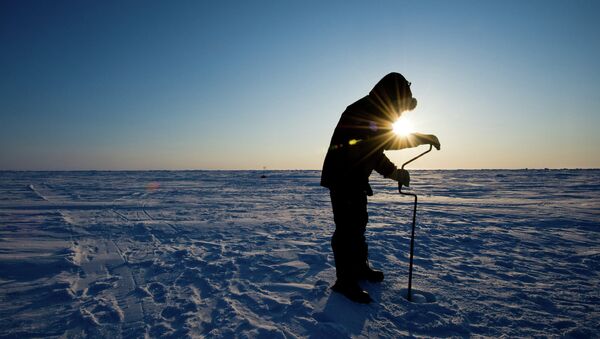 The Deputy Prime Minister pointed out that Beijing has not yet requested participation in strategic field exploration, stressing that it is currently working under a 50/50 business partnership agreement with Russia. However, according to Dvorkovich, the government is ready to consider such requests, since there are no political obstacles in the way of Russo-Chinese partnership in the field. He elaborated though that the exception is made for shelf exploration activities: Moscow would offer Beijing to join these projects as a minority shareholder.

Rosneft yet to conclude official agreements with its partners, however, it has already announced that China National Petroleum Corporation (CNPC), China National Offshore Oil Corporation (CNOOC) and Sinopec voiced their interest in exploration of Arctic reserves. Experts suggest that China's investors could receive a 33.3 percent share, similar to that of Statoil, Eni and ExxonMobil, which have left the project due to anti-Russian sanctions. It should be noted that American energy giant ExxonMobil said that US and EU sanctions against Russia cost the company $1 billion last year.

Earlier, in November 2014, Rosneft singed a framework agreement with CNPC, providing it with a 10 percent share in Russia's largest Vankorskoye field development project. Vankorskoye oil production amounts to 11 percent of oil output of Rosneft and about 4 percent of overall oil extraction in Russia.

Russia's Rosneft to Invest $500Bln in Arctic Exploration Over 25 Years
According to some estimates, the field reserves contain almost 500 million tons of crude oil and its condensate. Experts speculate that the Russo-Chinese deal's cost could exceed $1.5 billion.

In addition, China bought a 20 percent share in the Yamal-SPG project together with Novatek (60 percent) and Total (20 percent). The unique project aims to explore and develop the Yuzhno Tambeiskiy field in Yamal constructing a plant for liquefied natural gas (LNG) production. Yamal-SPG's annual output is estimated at about 16.5 million of tons of LNG as well as 1 million ton of gas condensate. Reports say that the Chinese company paid $425 million for its share, the similar sum of money the French Total earlier paid.

Russia intends to expand its cooperation with China, experts note, pointing to the prospects of joint Russo-China's exploration of vast natural resources of Eastern and North-Western Siberia.