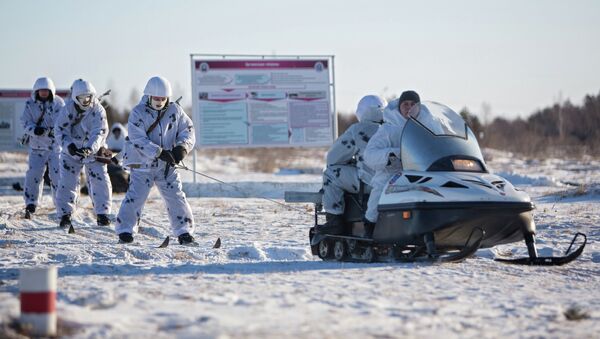 Russia's Arctic brigades will receive state-of-the-art equipment, developed or modernized taking into account regional specifics, according to the commander-in-chief of Russia's ground forces.

Russia Ready to Defend Its Interests in Arctic With Military Means
"The brigades … are tasked with safeguarding Russia’s Arctic coastal area and escorting vessels sailing along the Northern Sea Route," Colonel General Oleg Salyukov said, adding that one of them has already been formed.

The brigade currently trains in the city of Blagoveshchensk, on the base of the Far East Higher Command School (DVVKU), in the Russian Far East. Servicemen of the Russian Artic Command will operate in the Arctic Region and use unique military equipment which is able to withstand extremely low temperatures.

In December, the Russian military announced the formation of an Artic Command, dubbed North, with the aim of protecting Russia's Arctic borders, in light of increased NATO interest and activity in the region. The new unified command, based in the Arkhangelsk region, includes the Northern Fleet, two artic-warfare brigades, and air force and air defense units.