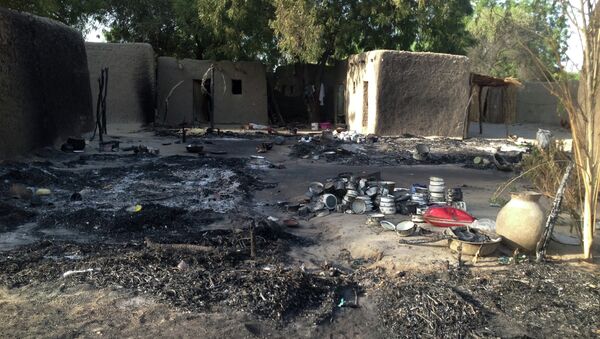 "The Secretary-General reiterates his strong condemnation of the continuing indiscriminate and horrific attacks by Boko Haram against civilian populations in Cameroon, Chad, Niger and Nigeria. The abduction and use of children, including as 'suicide bombers,' is particularly abhorrent," the UN said in a statement published Friday on its website.

Ban Ki-moon commended positive steps taken by the regional countries with the support of the African Union, towards operationalizing the Multinational Joint Task Force, comprising units of the Chadian, Nigerien, and Nigerian armed forces, to counter the threat posed by Boko Haram.

Ban Ki-moon urged the states involved to ensure that all measures taken to combat the terrorist threat of Boko Haram are conducted in line with international human rights, humanitarian and refugee law.

The United Nations is scaling up its humanitarian operations and increasing its human rights monitoring in the affected countries, he stressed.

"Only through a multi-dimensional approach that addresses legitimate grievances, past and current human rights violations, and root causes of the conflict, will we be able to effectively respond to the barbaric threat posed by Boko Haram to regional peace and security and to local populations," the statement concluded.