US Bureau of Prisons Should Reform Solitary Confinement Program - Senator 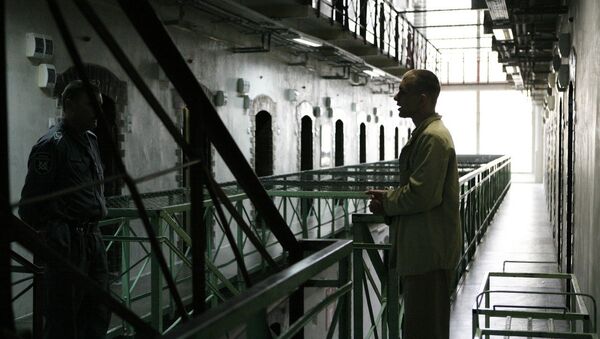 US Senator Dick Durbin said that some improvements in the standards of US solitary confinement policies had been made, but still there was a lot of work to be done.

South Carolina Inmates to Continue Receiving Solitary for Social Media
WASHINGTON (Sputnik) — The first-ever assessment of US solitary confinement policies has prompted the US Bureau of Prisons (BOP) to review and improve its standards, but considerably more work remains to be done, US Senator Dick Durbin said in a statement.

“Though improvements have been made — more importantly in the declining number of inmates in solitary confinement — there is still much work to be done,” Durbin said on Friday.

Durbin explained that he asked for the independent assessment of in federal prisons in 2013, following a 2012 hearing he chaired on the human rights, fiscal and public safety consequences of solitary confinement.

The Senator said that an independent report released by the BOP on Friday would inform on the next steps “as we move towards meaningful reform of solitary confinement practices in our prisons.”

US Prisoners Sent to Solitary Confinement Over Facebook – Digital Watchdog
The report found that the BOP’s segregation policies were used in a manner consistent with appropriate standards and regulations and that the number of individuals in solitary confinement has dropped, the statement said.

“The findings and recommendations of this report provide further evidence that we must fundamentally reform our approach to solitary confinement,” he said.

Inmates, according to the report, can be a subject to long sanctions because of lack of time parameters for completion of disciplinary hearings. Moreover, individuals in solitary confinement have little access to the basic services and programs offered to other prisoners.

The statement also added that the BOP does not have adequate alternatives to segregations for individuals requiring or requesting protection of other inmates.

The BOP must take steps to improve diagnoses, offer more effective treatment and hire additional psychiatric staff, according to the statement.

More than 2.3 million people are currently imprisoned in the United States, the highest per capita incarceration rate in the world, the statement said.