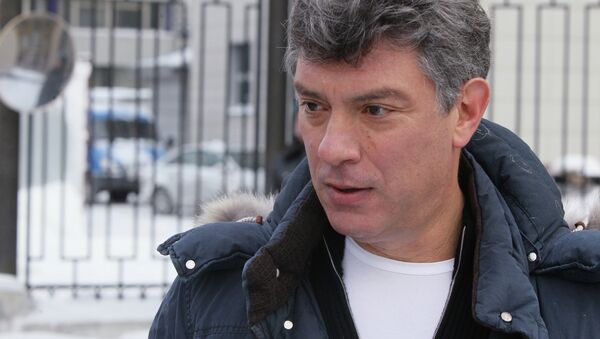 US Senator McCain Saddened by Nemtsov Murder in Moscow
WASHINGTON (Sputnik) — US Senator Ben Cardin, co-sponsor of anti-Russian sanctions, condemned the killing of Russian opposition politician Boris Nemtsov and called him a partner.

"Mr. Nemtsov was a partner and ally, as we moved forward the groundbreaking Sergei Magnitsky Rule of Law Accountability Act," the Democratic Senator of Maryland said in a statement on Friday.

According to the Russian Interior Ministry, Nemtsov was killed in Moscow at 11:40 p.m. local time on Friday (20:40 GMT), after several shots were fired at him from a passing car.

"I was honored to know him and bear witness to his defense of his beloved Russia. He stood up for the most basic right of expressing public dissent," Cardin said.

Cardin cosponsored the Magnitsky Act in 2012, which imposed asset freezes and visa bans on any Russian citizens alleged to be involved in the death of Russian lawyer and activist Sergei Magnitsky.

Nemtsov, who served as Russian deputy prime minister under the country’s former President Boris Yeltsin, voiced opposition to the current Russian government, Putin and his policies, although the politician was more involved in business than politics in recent years.