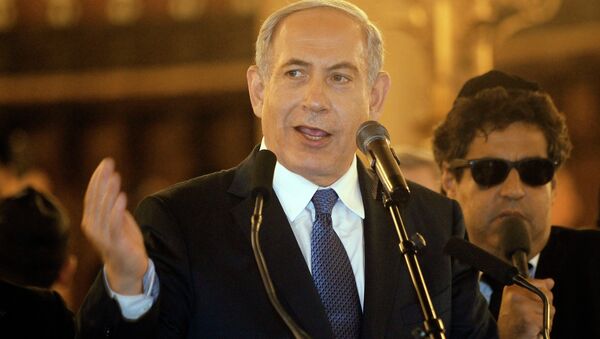 “I don't think so,” Earnest said when asked on Friday whether he thought that Netanyahu’s speech was “bad” for the Iran nuclear negotiations.

Earnest explained the reason is the opportunity presented to the United States to finally “resolve the international community's concerns about Iran's nuclear program at the negotiating table.”

Prime Minister Netanyahu is set to address a joint session of the US Congress on March, 3 after he was invited by US House Speaker John Boehner. However, the invitation has become mired in controversy, with the White House accusing Boehner of violating protocol.

Earlier on Friday, the White House said that US President Barack Obama would not meet with Netanyahu during his visit to avoid creating the impression of meddling in Israeli politics just two weeks before Israeli elections.

Meanwhile, the United States, along with Russia, the United Kingdom, France, China and Germany — together known as the P5+1 group — are still in the midst of negotiations with Iran on its contested nuclear program.

The UN Security Council and a number of countries have imposed several rounds of sanctions on Iran for its alleged development of nuclear weapons, despite Iran repeatedly claiming that its uranium enrichment program is for peaceful purposes only.

The latest deadline for the P5+1 group and Iran to sign a comprehensive agreement ensuring that Tehran does not develop nuclear weapons has been set for July 2015.