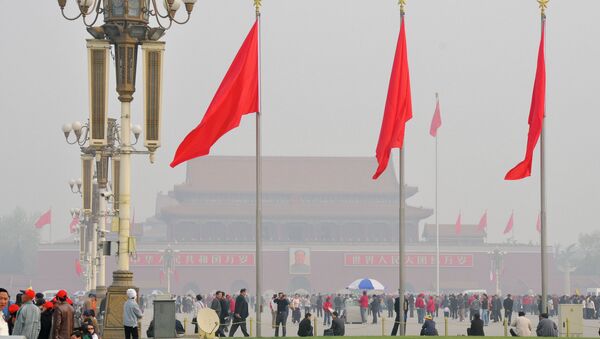 Silicon Valley is in a panic following an announcement that China is considering sweeping counterterrorism legislation. The law would require tech companies to provide the Chinese government with NSA-like access to private data, terms the industry may be forced to accept if they want to do business in the world’s most populated country.

The Edward Snowden revelations about the American spying apparatus have numerous impacts. One of the latest is a decision by the Chinese government to terminate contracts with a number of major US-based technology brands. This could stem from news that the NSA installed spyware into the products of major US technology companies, thus using these brands as tools of US intelligence agencies.

But another recent side-effect of the Snowden documents could be a proposed Chinese counterterrorism law. While China seeks to shield itself from digital spying, the new law could give its own government even stronger capabilities in cyber surveillance.

“It’s the equivalent of the Patriot Act on really, really strong steroids,” an anonymous US industry source told Reuters.

No matter the extent of the legislation, given the prevalence of the emerging Asian market. If tech companies want to be able to compete on global scale, they can’t ignore Chinese consumers.

“It’s a disaster for anyone doing business in China,” an industry source told Reuters. “You are no longer allowed a VPN that’s secure, you are no longer able to transmit financials securely, or to have any corporate secrets. By law, nothing is secure.”

US officials say that the Obama administration has already expressed its concerns with the law. They say that it places unfair burdens on foreign companies, but Beijing is expected to approve the legislation in the coming months.

“The Administration is aggressively working to have China walk back from these troubling regulations,” US Trade Representative Michael Froman said in a statement released on Thursday.

As part of their appeal, the US argues that such stringent cybersecurity policies could also have negative consequences on the Chinese economy.

“One unfortunate consequence of over-broad anti-terrorism policies is to potentially isolate China technologically from the rest of the world,” James Zimmerman, Chairman of the American Chamber of Commerce in China, told Reuters. “And the end result of that may be to limit the country’s access to cutting-edge technology and innovation.”

Western nations, of course, have done their own share of meddling in the privacy policies of tech companies. Both the United States and Britain have encouraged Silicon Valley to provide encryption keys. Just last month, Prime Minister David Cameron and President Obama encouraged tech companies to provide intel in real-time in the name of national security.

This call was made soon after the terrorist attacks on Charlie Hebdo in Paris. China faces similar threats from religious extremists. Over the past two years, hundreds have died in the Xinjiang region, which the government blames on Islamist separatists.

And again, it may very well be the example set by the NSA which has encouraged China to adopt its own form of Big Brother.