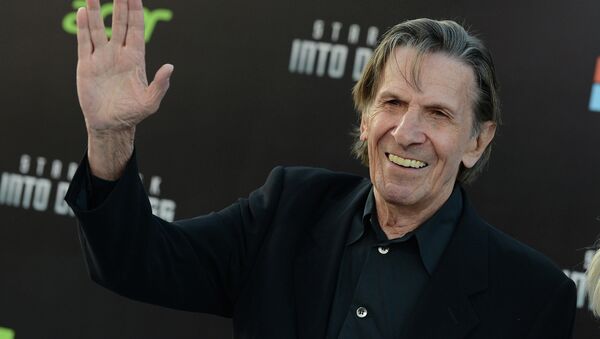 Leonard Nimoy, who is well-known for his role of Mr. Spock in "Star Trek," died February 27 at the age of 83.

MOSCOW (Sputnik) — The actor most famous for portraying Mr. Spock, a legendary character in the iconic "Star Trek" television franchise, has passed away at the age of 83, The New York Times reported Friday.

"Star Trek," the classic sci-fi television series where Nimoy gained world renown as a stoic half-human half-alien officer, has been recently revamped on the big screen, bringing the franchise's cult status to a new generation of fans.