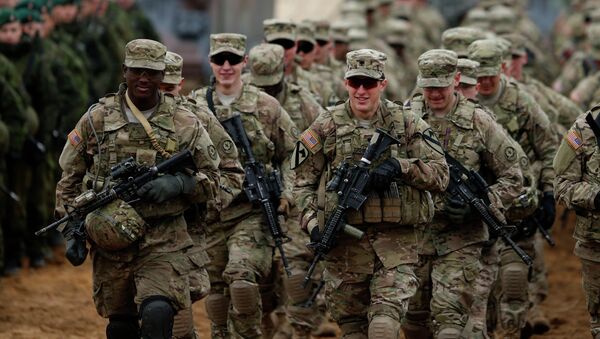 A newly released "2015 Index of US Military Strength" has exposed the gradual degradation of the US's aging and shrinking military force.

"Essential maintenance is being deferred; fewer unites are being cycled through operational deployments more often and for longer periods; and old equipment is being extended while programmed replacement are problematic," stated the report, released by the Heritage Foundation, an influential think-tank based in Washington DC.

Sequestration to Decrease US Army Active Duty, Readiness - Pentagon
Assessing the military power of the United States in three areas – capability, capacity, and readiness – the report's authors characterized the services on a five-category scale, from "very week" to "very strong." The US Army, Navy, Marine Corps as well as the country's nuclear enterprise were rated as "marginal" with the exception of US Air Force, qualified as "strong."

The negative effects of funding cuts, poor execution of modernization programs as well as decades of underinvestment have dealt a severe blow to US armed forces ability to conduct military operations swiftly and effectively. Although the US has long been involved in military campaigns in the Middle East, North Africa and Afghanistan since September 11, 2001, the combat experience gained by the US was qualified as "ephemeral" and "context-sensitive":  US military servicemen have not yet confronted well-trained and equipped armed forces like those of Iran and China.

"As such, valuable combat experience is lost over time as servicemembers who individually gained experience leaved the force and it maintains direct relevance only for future operations of a similar type (e.g., counterinsurgency operations in Iraq and major conventional operations against a state like Iran or China are fundamentally different)," the researchers emphasized.

Unfortunately, though the US Joint Force is experienced "in some types of operations" it is gradually aging and shrinking in its capacity, the report stated. For instance, the number of Army soldiers has diminished from 570,000 to 440,000, operating at 76 percent of its capacity.

Deep concerns have been also triggered by the waning capabilities of the US nuclear enterprise. The US nuclear weapons are aging rapidly, they are quite old in sharp contrast to the nuclear programs of "competitor states," the experts warned.

While in accordance with the new strategy voiced by US President Barack Obama the US military should be able to handle two conflicts, defeating its enemies in two different theatres of war simultaneously, the Index found that the current US Joint Force can meet the challenge of only one major regional conflict.

"The cumulative effect of such factors has resulted in a US military that is marginally able to meet the demands of America's vital national interests," the report concluded.