Soyuz-2.1a Carrier Rocket With Military Satellite Blasts Off From Plesetsk 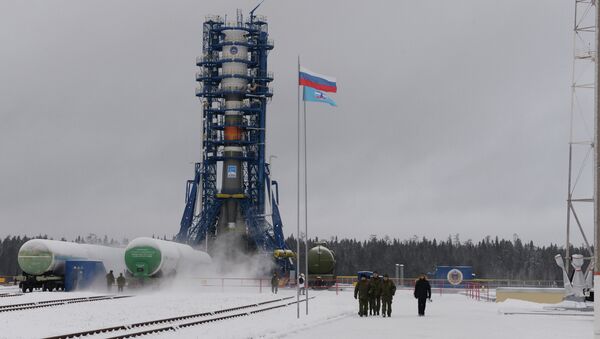 A Soyuz-2.1a carrier rocket's blastoff was the first launch from Russia's Plesetsk space center this year.

The military satellite separated from the rocket's third stage eight minutes after takeoff as planned.

It was the first launch from Plesetsk this year. The previous Soyuz-2.1a launch from the northwestern Russian launch center took place on October 30, 2014.

Russia Successfully Test Launches RS-24 Yars ICBM From Plesetsk: Ministry
This was the 21st Soyuz-2.1a, 1b and 1c type carrier rocket launched from Plesetsk since flight tests have began there on November 8, 2004.

Soyuz-2 replaced the Soyuz-U carrier rocket, which was in commission at the Plesetsk space center from 1973 to 2012. Over that period, nearly 430 multi-purpose space vehicles were sent into orbit out of a total 434 launches.