Russia May Halt Gas Supplies to Ukraine if No Prepayment Received 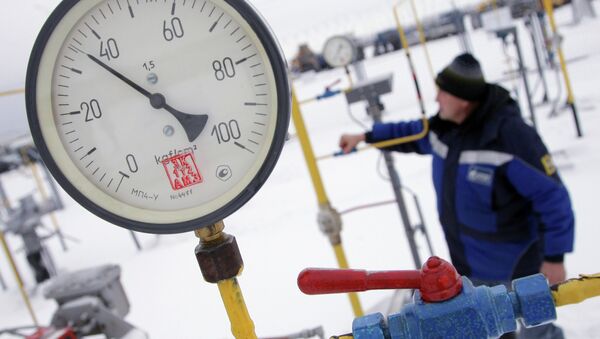 © Sputnik / Egor Aleyev
/
Go to the photo bank
Subscribe
Russia may suspend gas deliveries to Ukraine before the trilateral gas talks if Kiev does not provide a prepayment, Russia's energy minister said. If the prepayment is received by the end of the week, then gas will be delivered.

“The possibility exists [that gas deliveries will be cut off] if finances aren’t received for the prepayment of gas volumes…being delivered to Ukraine and we have literally to the end of the week [to wait] for these prepayments,” Novak said.

Novak said if the prepayment is received by the end of the week for Russian gas, then deliveries would begin.

“If payment is received now, tomorrow or before Monday, then the volumes will be delivered,” Novak added.

Gas to Ukraine Could Be Cut Off in 4 Days Unless Prepayment Made – Putin
Last summer, Moscow suspended Russian gas supplies to Ukraine and switched Kiev over to a prepayment system over its massive debt, amounting to more than $5 billion at the time.

On Wednesday, Russia’s President Vladimir Putin stated that prepayments made by the Ukrainian side were enough to last for only three to four days, and Gazprom could halt the supplies in accordance with the existing contracts unless Kiev makes a further payment.