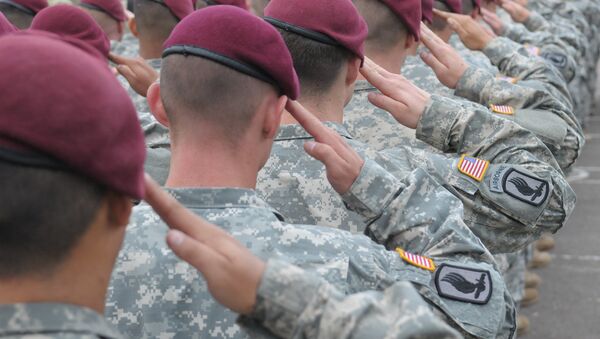 WASHINGTON (Sputnik) — Almost 200 US army’s paratroopers conducted a large-scale airborne operation during an exercise in Alaska, according to US Department of Defense press release.

“US Army Alaska paratroopers conducted the largest US airborne operation north of the Arctic Circle in over a decade,” the release issued on Thursday read.

The jump, hailed Spartan Pegasus, was aimed at honing US paratroopers’ skills in conducting Arctic airborne and mobility operations, according to the release.

Spartan Pegasus provided a unique opportunity for US Army Alaska to practice extreme cold weather mobility, high-altitude survival, mobility and mountain warfare, according to the Department of Defense.

On Wednesday, Russia’s Defense Minister did not rule out the possibility of protecting Russian national interests in the Arctic with military means as the region becomes the focus of attention from various countries, including those that do not have direct access to the Arctic Circle.