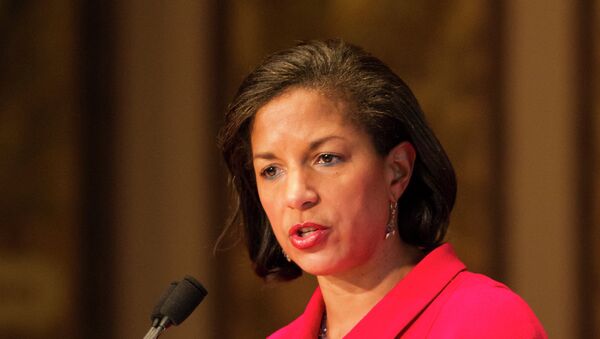 "The President's National Security Advisor Susan Rice is convening a meeting today with her counterparts in Italy, France, the UK and Germany to discuss this issue [of additional costs imposed on Russia] further," Earnest said during a press briefing.

US Likely to Consider Additional Sanctions on Russia in Upcoming Days
Earnest said the United States have expressed concern about the Minsk ceasefire agreement violations, and that Russia faces a "greater risk of isolation and of additional costs being imposed" by the international community.

"These kinds of discussions between the United States and our counterparts are timely. I would anticipate we will have at least some kind of readout of that meeting later today," Earnest said.

On Wednesday, US Secretary of State John Kerry said the United States would be considering further sanctions against Russia in the coming days depending on whether there is progress on the Minsk peace agreements.

During 2014, the United States and its allies imposed several rounds of sanctions targeting Russia's defense, energy and banking sectors, as well as certain individuals, over Moscow's alleged meddling in Ukraine's internal affairs.

Russia has repeatedly denied any involvement in the situation in Ukraine and has stressed that sanctions are counterproductive and hamper efforts to end the Ukrainian conflict.