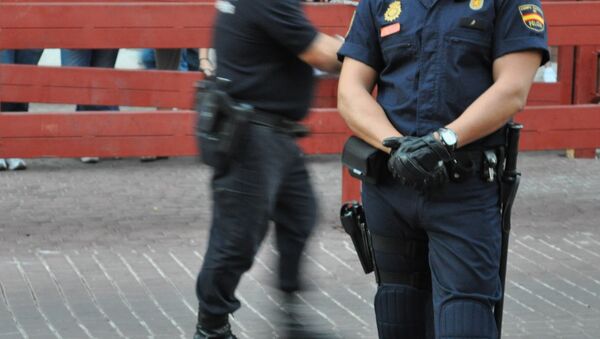 MADRID (Sputnik) — Four suspects who were arrested in Spain following accusations of indoctrinating and recruiting individuals to become members of the ISIL militant group are awaiting for the trial in a Spanish prison, the country’s interior ministry reported Thursday.

On Tuesday, Spain's Guardia Civil has arrested four people suspected of spreading ISIL propaganda and helping to find fighters for the extremist group. Two of them were detained in the North African Spanish enclave of Melilla, whereas the other two – in the Catalonian provinces of Barcelona and Girona.

The two Moroccans arrested in Melilla were reportedly translating ISIL material into Spanish and then distributing it across different Internet platforms. They were also searching for potential ISIL recruits, the interior ministry said.

One of the suspects managed a virtual community on Facebook with over one thousand subscribers, which was created to contact ISIL supporters outside Spain – throughout Latin America and such countries as the United States, France and Morocco.

At present, all four suspects remain in custody. Meanwhile, Spanish officials are trying to establish links between the men arrested in Melilla and suspects from the Catalonia region.

Recent arrests follow a series of raids against terrorism across Europe. A great number of Europeans have migrated to the Middle East to become members of notorious extremist groups, such as ISIL. According to UN estimates, over 15,000 foreign fighters, including many Europeans, have joined extremist groups in Syria since 2011.