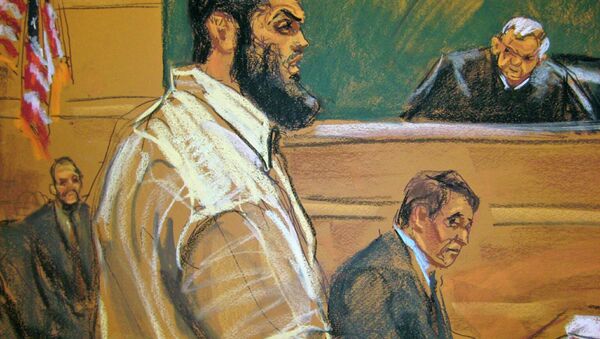 © REUTERS / Jane Rosenberg
Subscribe
Correspondence between Osama bin Laden and his terror chiefs have emerged for the first time, which refer to planned attacks against Russia, Britain and Europe.

The top secret documents were reportedly captured during a US Navy Seal raid on Bin Laden's Pakistan home in 2011, and are known as part of a "treasure trove" of correspondence between al Qaeda leaders.

The documents were presented during the New York trial of 28-year-old Pakistani student Abid Naseer, who was extradited from the UK in 2013 and is accused of orchestrating multiple attacks in Britain. Naseer, who denies all the charges, is facing life in prison if convicted.

In one of the letters read in court, Bin Laden allegedly ordered attacks on the UK and Russia, which prosecutors said refers directly to Naseer.

In the letter to Bin Laden, the author reportedly says that "brothers" had been dispatched to Britain, Russia and Europe but that some of them had been arrested.

Another letter refers to a "faltering United States", saying that "by God we shall not stop by His will, except at the doors of the White House and to raise the banner of monotheism on their so called Statue of Liberty."

During the Tuesday trial, the court heard evidence from British security service agents who reportedly wore wigs, false beards, make-up and eyeglasses  to disguise their identities.