Every American Could Owe More Than $75,000 Over Next Decade - US Senator 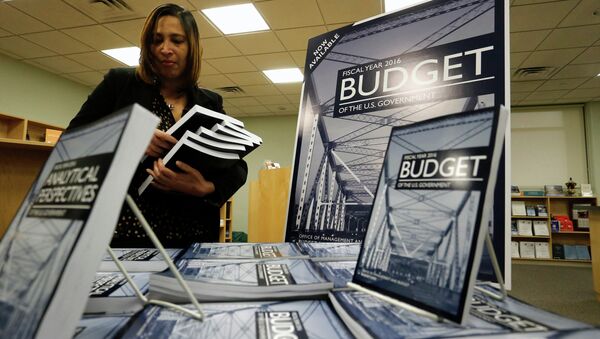 © REUTERS / Jonathan Ernst
Subscribe
Chairman of the Senate Budget Committee said that US President Barack Obama’s budget plan will cause every American to owe $75,610 over the next ten years.

WASHINGTON (Sputnik) — US President Barack Obama’s budget plan will cause Americans to owe more than $75,000 over the next decade, Chairman of the Senate Budget Committee Mike Enzi said.

“If we don’t stand up to our debt and stop overspending, we’ll ruin what so many generations before us have worked to build as well as the hopes of the generations to come,” Enzi said on Wednesday. “Unfortunately, the president’s [Obama] budget plan just makes matters worse. Over the next ten years, every man, woman, and child will owe $75,610.”

US Servicemen Concerned About Career in Light of Defense Budget Cuts
Enzi explained that the US Congressional Budget Office (CBO) estimates the debt held by Americans accounts for 74 percent of the US economy. Additionally, by 2050, the CBO has warned that US debt will be over 250 percent of the US Gross Domestic Product, and will grow three times faster than the country’s economy over the next 35 years.

“It is time for Congress and the president to tackle the nation’s chronic overspending with honesty and accountability before it is too late,” Enzi said.

According to the US Department of Treasury, the United States national debt stands at more than $18 trillion. When US President Barack Obama took office in 2009, the figure stood at $11.9 trillion.

In February, Obama proposed a nearly $4 trillion budget for fiscal year 2016, which seeks to help middle-class citizens, improve US infrastructure, end spending cuts known as sequestration, but also suggests tax increases on businesses and the rich, according to a statement released by the White House.