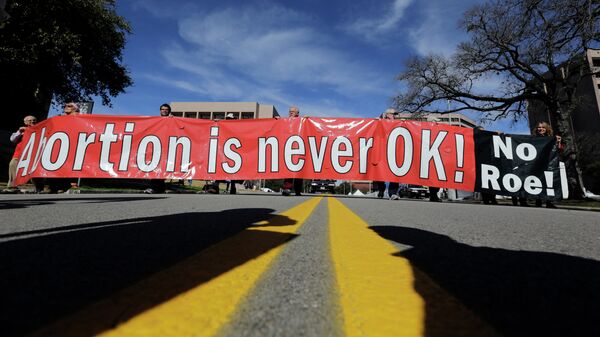 “We all want women to be safe, but these laws aren’t about improving care for women. They’re designed by politicians, not doctors, to cut off access to safe, legal abortion by any means necessary,” director of the ACLU’s Reproductive Freedom Project Jennifer Dalven said in the statement on Wednesday.

US legislators have introduced more than 100 abortion restrictions in 2015, according to the ACLU.

ACLU stressed that medical experts, including from the American College of Gynecologists, oppose such bills because “they have no medical basis and block access to care.”

“Evidence shows that medication abortion can be provided safely via telemedicine, which is expanding access to health care across the country. This law effectively bans that practice, cutting off a safe option that could expand abortion access for women,” ACLU said in the statement.

Twenty-one percent of all pregnancies in the United States end in abortion, according to the Guttmacher Institute, a non-profit that works to advance reproductive health.