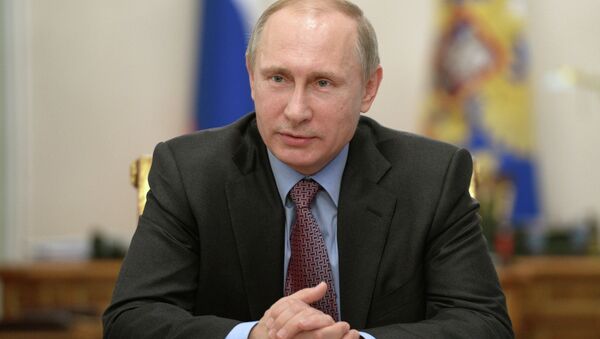 © Sputnik / Aleksey Nikolskyi
/
Go to the mediabank
Subscribe
International
India
Africa
Putin made the remarks during a meeting with President of Cyprus Nicos Anastasiades.

“As if hunger [in Donetsk and Luhansk] was not enough – the OSCE has already stated that the region is experiencing a humanitarian catastrophe –  they had their gas supplies cut off. What would you call it? I would say this bears the hallmarks of genocide,” he said during a meeting with President of Cyprus Nicos Anastasiades.

"Apparently, some responsible leaders of the modern-day Ukraine are unable to understand the importance of humanitarian issues. It seems that the very notion of humanism has been forgotten," he added.