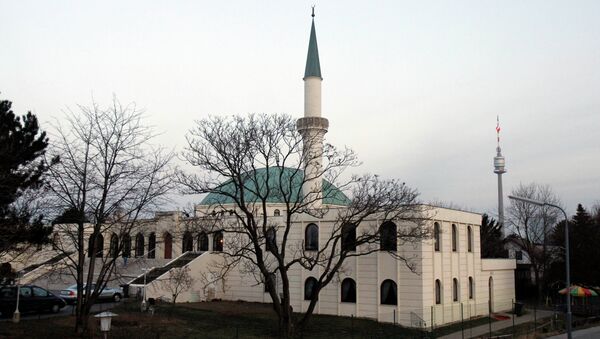 Austrian parliament is expected to pass a law, guaranteeing some perks for the country's Muslims, but, at the same time, prohibiting foreign financing of mosques.

Norwegian Muslims to Form ‘Ring of Peace' in Solidarity With Jews
MOSCOW (Sputnik) – The Austrian parliament is expected to pass on Wednesday a law prohibiting foreign financing of mosques due to concerns that many Europeans recently got radicalized and joined Islamist militant groups such as the Islamic State (ISIL), Deutsche Welle reported.

Many Austrian Muslims argue that this part of the law restricts their rights, pointing out that the Catholic Church receives funding from the Vatican, while Protestants are widely supported by Germany.

At the same time, the new law guarantees some perks for the country's Muslims. Under the law, Muslims would have a right to take off holy days from work and to receive spiritual guidance in the army, prisons, and hospitals.

The law is an update of a 1912 bill, which granted the Muslim community many of the same rights as to Catholics, Protestants and Jews, including religious education in state schools.

According to the Deutsche Welle, Islam is the fastest-growing religion in Austria. In 2013, over 570,000 Austrians, or 7 percent of the population, identified themselves as Muslims.

The UN Security Council estimates name Austrians among hundreds of Europeans who have travelled to Iraq and Syria to join Islamist groups, such as the IS.