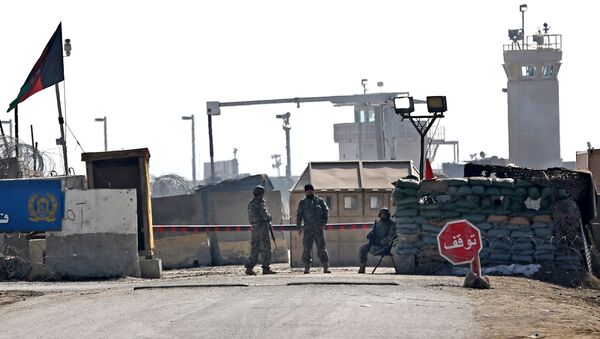 © AP Photo / Massoud Hossaini
Subscribe
At least 35 percent of conflict-related detainees in Afghanistan suffered from ill-treatment or torture over the past two years, the UN Assistance Mission in Afghanistan said in a report released Wednesday.

Obama's Fear Behind Continued US Presence in Afghanistan - Expert
MOSCOW (Sputnik) – According to the report, 278 of the total 790 interviewees said they had been subjected to torture while arrested or in detention facilities.

Some 42 percent of the 105 children under the age of 18 interviewed also experienced ill-treatment.

The report said that when torture occurred, it assumed the form of interrogation techniques that involved the infliction of pain on the detained in order to obtain a confession or information.

"Such practices amounting to torture are among the most serious human rights violations and crimes – including war crimes and crimes against humanity – under international law," the report said.

The interviewees reported 16 methods of torture, including prolonged and severe beating, punching, hitting and kicking, as well as suspension, the administering of an electric shock and denial of food. Prolonged standing, forced drinking of excessive amounts of water and extremely hot and cold conditions were also named among the methods of ill-treatment.

The UN report stressed that torture and ill-treatment are prohibited by the Afghan constitution and said that victims have a right to compensation under Afghan law.

However, the results for the period between February 1, 2013 and December 31, 2014 are 14 percent lower than those for the years 2011 and 2013 when the number of torture victims among detainees reached approximately half of the total number of those detained.

Afghanistan is in the state of political and social turmoil, with Taliban extremists redoubling their activities across Afghanistan with the withdrawal of international troops from the country. The Islamic State jihadist group is also reported to be operating in the country.