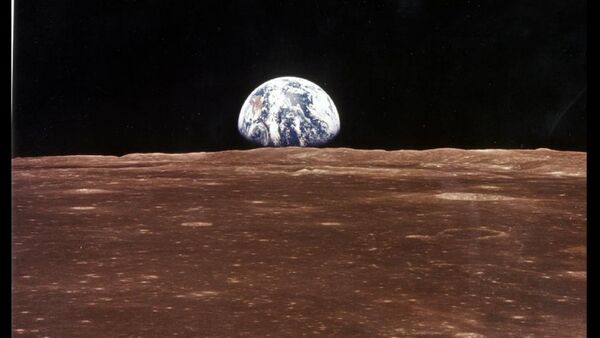 Two robotics companies have teamed up to have the first car race on the moon.

The United State’s own Astrobotics and Japan’s Hakuto announced a partnership in the Google Lunar XPrize competition to send their rovers to the Moon to have a race.

Astrobotics also developed a lander called the Griffin which will put both rovers on the moons surface to compete for a portion of the $20 million dollar grand prize.

"We will be flying with Hakuto to the surface of the moon," Astrobotic CEO John Thornton said during a news conference. "When we get to the surface, we will deploy our rover and deploy Hakuto's rover, and then, together, we will drive off as fast as possible to win the Google X Prize. It'll be a full-on race once we get there."

The Astrobotics team and the Hakuto teams have a written agreement that will let them share the prize money if one of the teams were to win. They also agreed that if other firms wished to join, they could and they would split the money with them as well.

Thornton wishes for each team to send a spacecraft to the surface before the start of the race. After the race starts, each rover would be on its own.

We envision a 'NASCAR on the moon' scenario, where competing teams land together, and countries can cheer on their team to the finish line," Thornton said in a statement "Hakuto is the first team signed to fulfill our dream of the first race beyond Earth's orbit."

Astrobotics will be using their Andy rover and Haluto will be be their their twin rovers Moonraker and Tetris, which will each have to perform tasks individually to win the prize.

The Google Lunar XPRIZE competition (The GLXP) is a space competition organized by the X Prize Foundation, a non-profit organization that designs and manages public competitions intended to encourage technological development that could benefit mankind, and sponsored by Google. To win the grand prize of $20 million dollars competitors (using no more than 10% government funding) must land a robot rover successfully on the moon, move 500 meter, on, above, or below the moons, surface, and take HDTV moon casts. The deadline of the competition is December 31 2016.