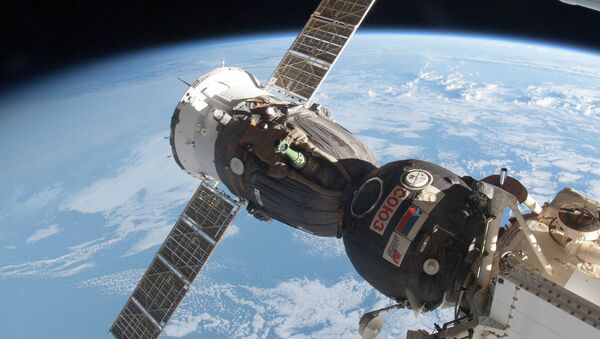 MOSCOW (Sputnik) — Russia will continue using the International Space Station (ISS) until around 2024 and is planning to build its own orbital outpost using the existing ISS modules, Federal Space Agency Roscosmos said Tuesday.

"The configuration of a multi-purpose lab module, a docking module and a scientific-energy module allows us to build an orbital station to ensure Russia's access to outer space," Roscosmos Science and Technology Board said in a statement.

In addition, Russia will actively study the Moon using robotic equipment in the next decade with the goal of sending manned missions to the Earth's satellite around 2030, the board said.

The Science and Technology Board will convene again in March to discuss the development of space vehicles that will be used to put payloads into higher-altitude orbits, as well as help explore the Moon and the outer space.

Russia's Deputy Prime Minister Dmitry Rogozin said last May Russia was considering whether to drop out of the international space station program to save funds for more promising space projects.

The plan to build a high-altitude space outpost was eventually confirmed last December by the chief of the state-run space agency, Oleg Ostapenko, who said it could also serve as a base for Russia's lunar program.

Reports have it that spacecraft will first be delivered to the new Russian space station, before continuing to the Moon.