Koran to Be Read on Finnish Radio 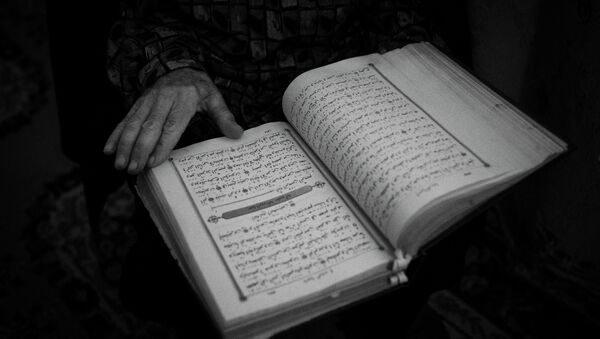 © Sputnik / Valeriy Melnikov
/
Go to the photo bank
Subscribe
The Koran, Islam's holy book, will be read on Finnish radio in Finnish starting from March 7.

Finland Slowly Closes Door to Foreign Refugees
The Koran will be read on a Finnish radio station in Finnish starting from March 7, sources said.

The information comes after the deadly terror attacks in the Danish capital Copenhagen in mid-February, when local police fatally shot a gunman who attacked a free speech debate and a synagogue.  The shootings left a film director and a Jewish man killed and five police officers injured.

As for the Finnish unprecedented project, its goal  is to popularize the  knowledge of the Koran and Muslim culture in Finland.

The special series will be broadcast on Radio Yle, with the Koran due to be read cover-to-cover in 60 half-hour-long instalments.

Each instalment will also feature a discussion between Imam Anas Hajjar, a leader of the Finnish Muslim community, and the professor responsible for translating the text into Finnish, Jaakko Hämeen-Anttila.

The two men will try to look into the religious and historical context of the text.

“It’s nice to hear my translation be read aloud. It is important that the Koran is read in its entirety, and not just select items that show that Islam is bad and violent or good and beautiful. All of the text material is served up for the listener to assess,” Hämeen-Anttila said.

“We haven’t been at loggerheads, but Imam Anas Hajjar and I have often read the same passage and approached it from a very different point of view. Imam Hajjar reads practical, contemporary meanings into the text and I see it as an historic work that is tied to the time in which it was created,” Hämeen-Anttila added.

For his part, Imam Anas Hajjar stressed the significance of broadcasting the Koran-related programs on the radio.

"The program is an important step in [our cultures] understanding one another. It is an attempt to tell the story of The Koran and what it contains," he said.