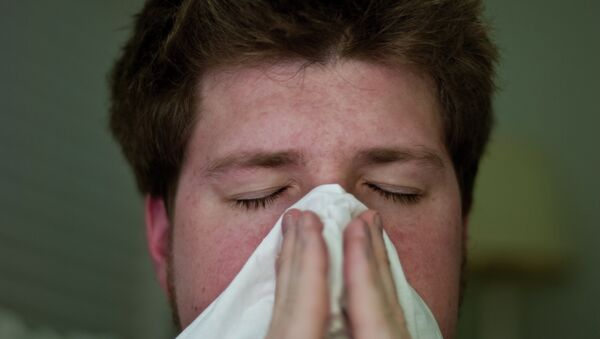 In 2011, around 131 million working days were lost due to sickness absence in the UK. Sick leave is estimated to cost the British economy £13 billion in state benefits plus £9 billion to employees in sickness benefits.

Five years ago, the ‘sick note' was a medical certificate, signed by a GP explaining why someone was unable to go to work. Bosses would usually require a sick note if their employee had been ill and absent for longer than two weeks.

But in 2010, the ‘sick note' was replaced by the ‘fit note'. The ‘fit note' is different in that it challenges the idea that the employee has to be fully fit before they can return to work, encouraging workers to return earlier, rather than just signing them off. Instead, doctors advise both worker and boss how best they can go back to work — and what support should be offered, like changing duties and hours.

And now new research suggests that the fit note is linked to fewer people taking longer periods of time off work.

The results of the ‘fit note' versus ‘sick note' study is published online in Occupational & Environmental Medicine. Researchers collected data from 68 general practices in England Scotland and Wales between 2011 and 2013. They then compared it with sick note data collected in 2001 — 2012 from seven of the 68 practices.

This included, date, diagnosis, length of time off work, whether the patient may be fit to do some work, and whether a follow up assessment was needed. It also included gender, birth date, and postcode so as to identify practices located in areas of deprivation, a known risk factor for long term sick leave.

The research revealed that older men living in deprived areas were more likely to take longer off work from between, three, six and 12 weeks. The comparison of sick and fit note data from the seven practices suggests that fewer people are taking 12 or more weeks off work than they did in 2001-02.

However the research also revealed a rise in the number of people taking days off work due to mental health conditions like depression, anxiety and stress, rising from 26 percent to 38 percent between 2001-2002 and 2011-2012.

One in three of the fit notes singed by doctors in all 68 of the practices in 2011-2012 were related to mild or moderate mental health conditions.

In a linked editorial to the research, Professor Raymond Agius and Dr Louise Hussey, of the Centre for Occupational and Environmental Health at the University of Manchester, caution that there may have been changes in the size and character of the patient lists at the seven practices over the decade.

Post by COEH (Centre for Occupational and Environmental Health).

This would therefore make it difficult to draw definitive conclusions about whether the fit note has changed the likelihood of patients being deemed fit for work, they suggest.

"In conclusion, the ‘jury is still out' as regards a corroborated, valid and comprehensive assessment of the effect of the fit-note," they write. "Moreover, a thorough and systematic evaluation of the effects of the Fit for Work Service is much needed, especially considering its potentially very large economic implications as well as effects on wellbeing," they add.