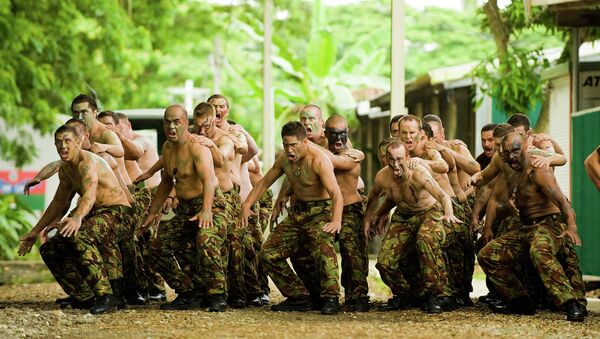 New Zealand's government has said it would send soldiers to help train Iraq's armed forces to fight Islamic State militants, but would not be involved in combat operations.

About 140 personnel from the New Zealand Defense Force are slated to start a "behind the wire" mission in Iraq in May 2015 after a request from the Iraqi government for international help in increasing its military capability to fight the jihadists, according to New Zealand's Prime Minister John Key.

"We cannot, and should not, fight Iraq’s battles for them, and actually Iraq doesn’t want us to. Our military can, however, play a part in building the capability and capacity of the Iraqi forces so they can fight ISIS themselves. Sending our forces to Iraq is not an easy decision but it is the right decision," Key said.

He slammed the Islamic State as “barbaric”, saying that New Zealand would “stand up for what’s right”.

He added that New Zealand's troops plan to work alongside their Australian counterparts at a military base in the rural Sunni Arab district of Taji, located north of the capital Baghdad.

Key also said that the initial deployment of troops was for nine months and that the mission would not last more than two years.