US Opposes Sale of Russian Anti-Ballistic Missile System to Iran 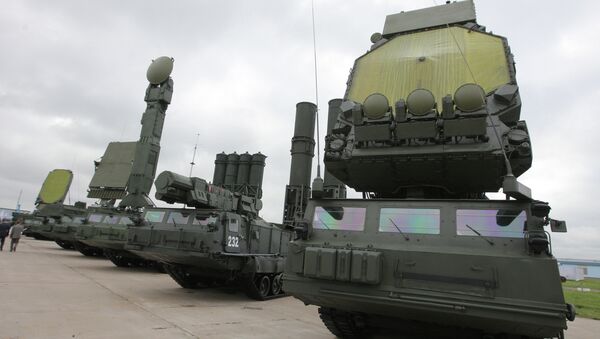 “We’ve seen these reports and once we have more details… we will certainly raise this at the appropriate levels,” Psaki said at a press briefing.

Russia
New Anti-Russia Sanctions ‘Not Critical’ for Almaz-Antey Defense Contractor: Source
“If reports are true that Russia has decided not to sell the S-300 system to Iran we would certainly welcome that, but we would have similar objections to the Antey-2500 system,“ Psaki said.

Iran is considering the purchase of the Antey-2500 system, said Sergei Chemezov, the head of Russian state defense and technology conglomerate Rostec at a weapons expo in the United Arab Emirates on Monday.

Chemezov is on the list of persons covered by the US sanctions against Russia.